Put a name on it 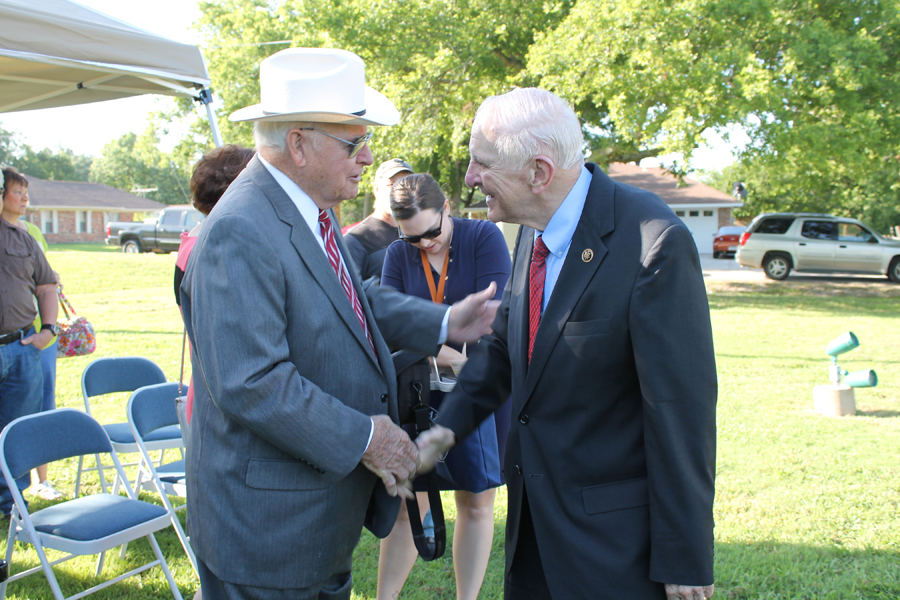 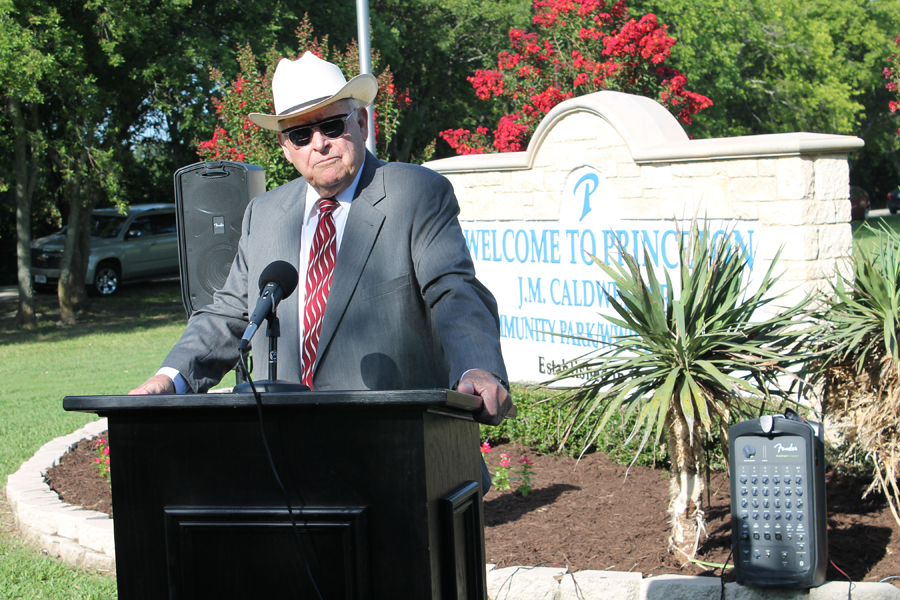 Former Princeton Mayor J.M. Caldwell, Sr., thanks guests for attending a dedication ceremony for the city park that now bears his name. 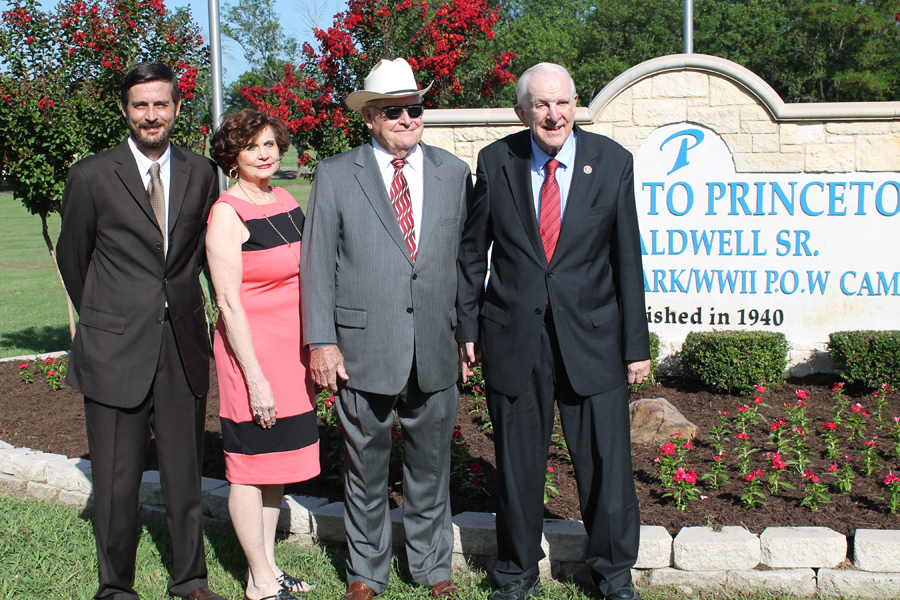 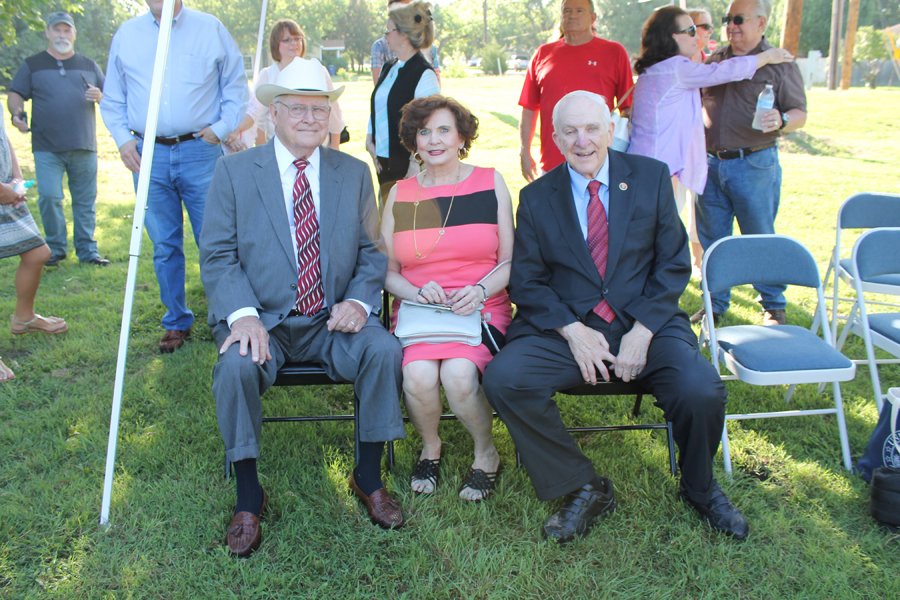 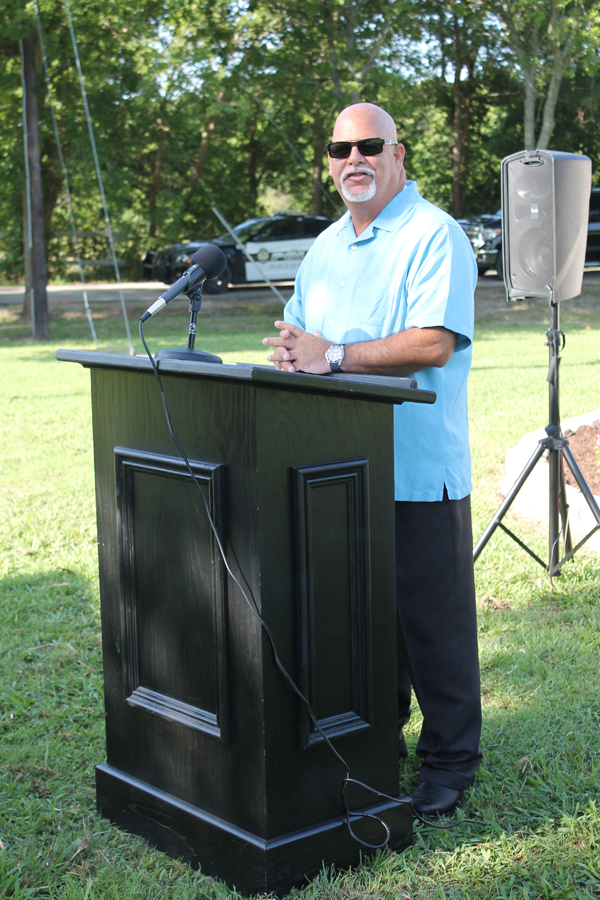 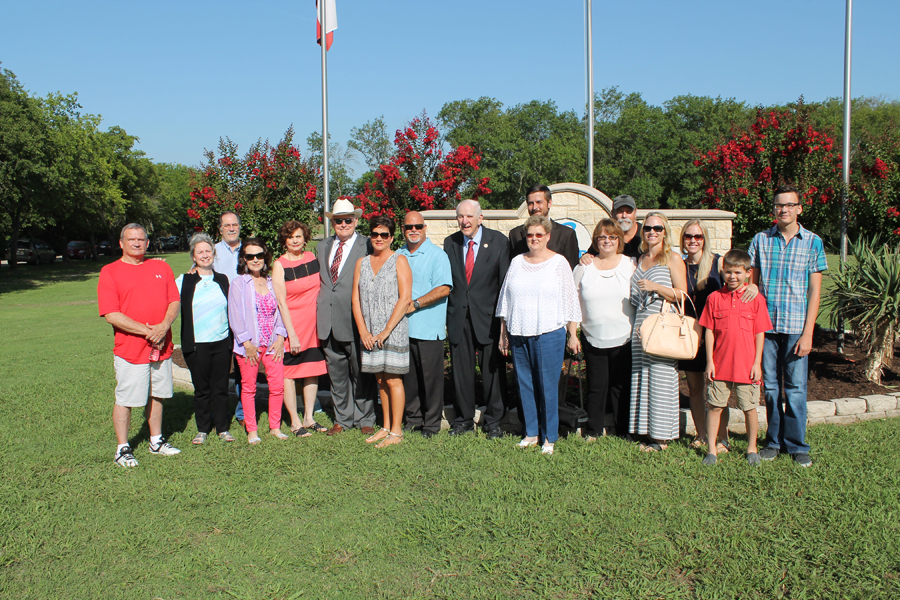 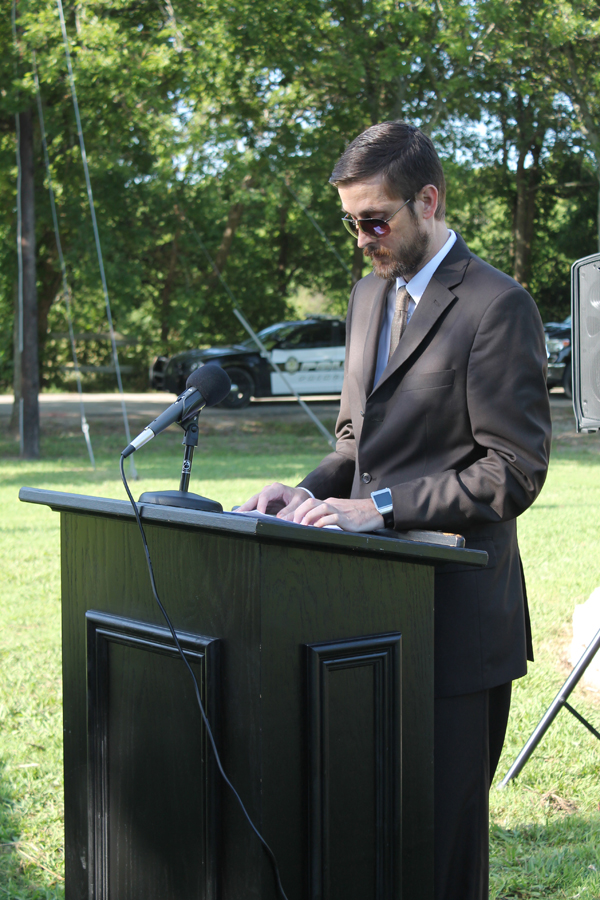 The man who promised 46 years ago to clean up the community park in Princeton received special recognition last Saturday when the park was officially renamed in his honor.

J.M. Caldwell, Sr., Community Park/WWII POW Camp was dedicated in a ceremony held on the grounds and attended by the honoree, who is now 92 years old.

“After 46 years I am standing before a sign I never thought I would see,” Caldwell said. “May God bless and keep every one of you.”

The park, which has been known for years as Community Park/POW Camp was established in 1940 as a housing area for migrant workers who came into the area to work during onion and cotton seasons. Worker housing consisted of 76 cabins each equipped with two beds, oil cook stove with oven, oil heater and four chairs.

In 1945, the facility was converted into a prisoner of war camp holding German soldiers. The POW camp operated for about eight months, through the end of World War II.

The federal government released its claim on the property in 1957 and the grounds became a dumping area with garbage towering up to 10-12 feet until Caldwell initiated a project to clean and improve the area.

The Princeton man successfully ran for mayor in 1969 on a promise to clean up the park and after accumulated debris was removed, the first baseball diamond was installed. The park now includes four lighted ballfields, basketball court, playground, volleyball court, restrooms, two pavilions and a picnic/camping area.

Recently installed at the entrance and proclaiming Caldwell’s efforts is a limestone wall with the new facility name.

“It’s an honor to be part of this dedication to a man who has meant so much to this city,” Caldwell, Jr., said.

The honoree was reared on a farm outside Princeton, moved away for a time and returned with his young family in 1964. He served as a pastor for 46 years, completed a 2-year term as mayor and in 2004 won election to Place 3 on the City Council, serving eight years.

“My dad always told us, ‘I don’t want to be remembered for the things I did, but for the heart I had,’” Caldwell, Jr., said.

Bowers introduced Johnson, noting that the Congressman served 29 years in the U.S. Air Force, including nearly seven years as a prison of war in Hanoi, North Vietnam, prior to winning election to the U.S. House of Representatives. Johnson was awarded two Silver Stars, a Bronze Star with Valor, two Purple Hearts, four Air Medals and three Outstanding Unit awards.

In addition, Johnson is a recipient of the National Patriot Award bestowed by the Congressional Medal of Honor Society and Freedom of Flight Award.

“Congressman, you are a true servant leader and an inspiration to us all,” Bowers said.

In brief remarks, Johnson recounted the history of the park and the work undertaken to make it a usable public facility.

“J.M. has dedicated much of his time to get this park to where it is today, and we’re here this morning to say thank you for his service to the Princeton Community,” Johnson said.

The Congressman touched on his time as a POW in Vietnam and pointed out that the land is being put to a far better use today than it was during its stint as a POW camp in WWII.

“My buddies and I found ways to entertain ourselves in Hanoi, with homemade dice and checkers that we hid, but I certainly would have preferred being on American soil and enjoying a Little League game with my kids,” he declared.

Johnson presented Bowers with a U.S. flag that had been flown over the United States Capital.

Attending the ceremony were Caldwell’s wife, Linda, their five children and their families, as well as friends and elected officials.