Welcome to your new home 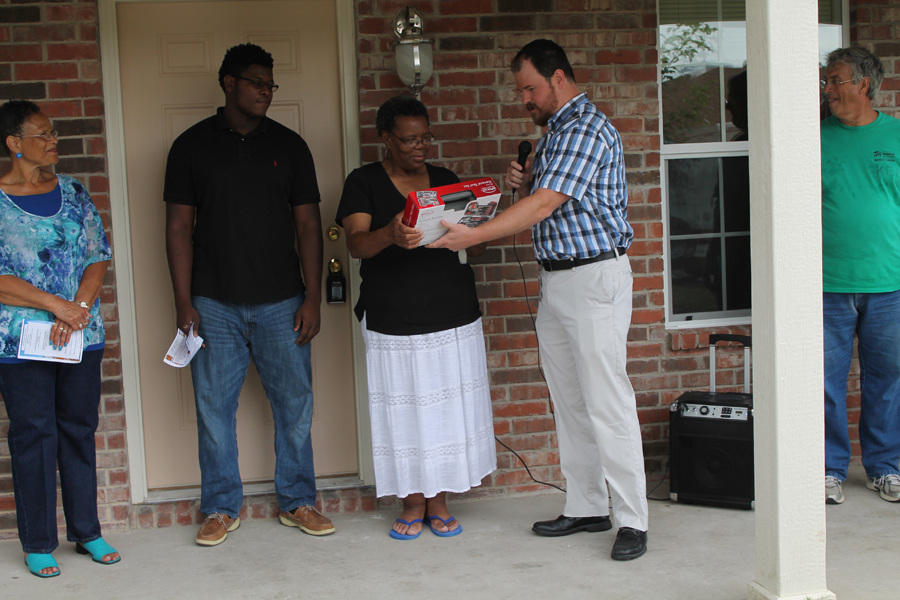 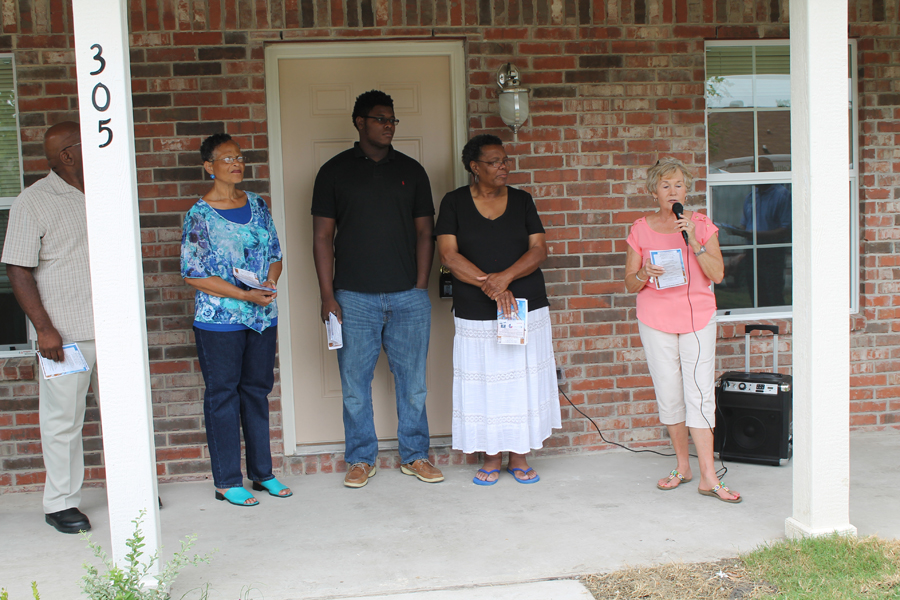 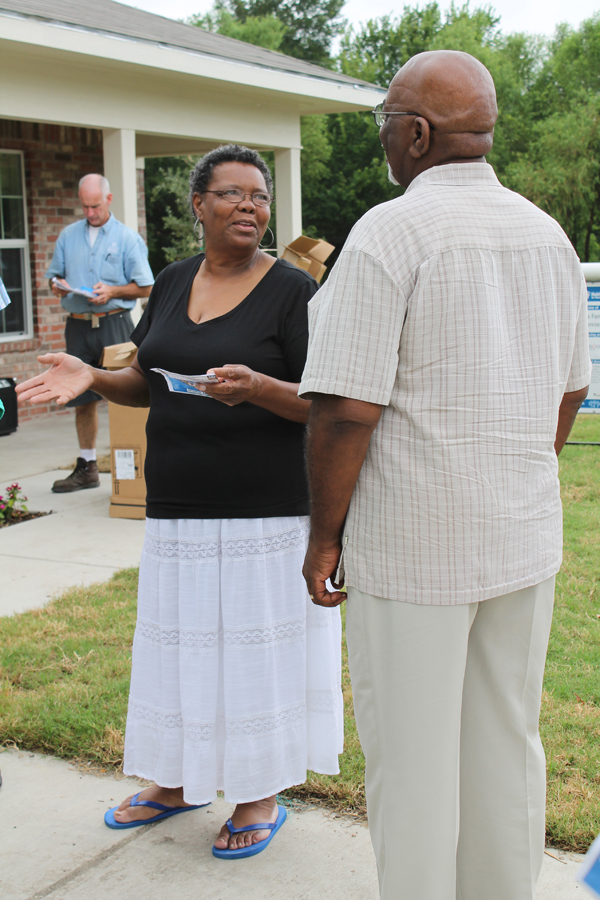 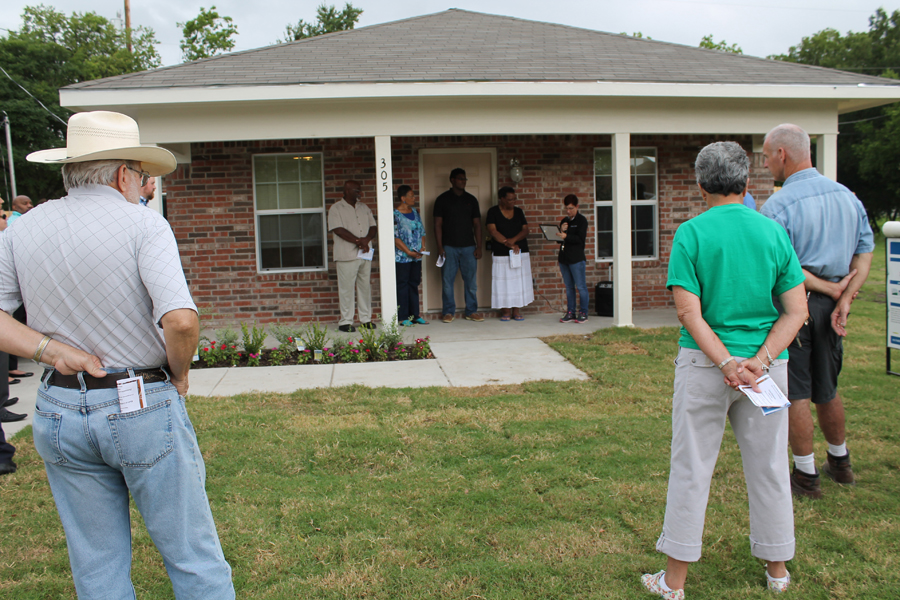 Arps receives keys to 3-bedroom house from Habitat for Humanity

A gathering of friends and volunteers welcomed Alice Arps to her new home in Princeton built by North Collin County Habitat for Humanity.

The 3-bedroom, brick home is located at 305 Bonnie View St.

“Thank God for this moment,” Arps said. “I thank God that He gave me the energy and put him first.”

Arps is a native of Tyler, attended school in Frisco, Prosper and McKinney, and works in a driver for TAPS in McKinney. She is an active member of Eternity Community Church of Frisco where she sings in the choir, works with missionaries, teachers and serves on the Pastor Aid Committee.

Family is a priority for the new homeowner who will share the Princeton house with a grandson, Keylynn.

Dedication for the house was started with an opening prayer by Elder Matzy Diggs of Eternity Community Church, followed by remarks and introductions by Terry Busha, NCC Habitat board president.

“I would like to welcome you as a new resident of Princeton,” Steve Deffibaugh, Princeton Mayor pro tem, said.

Arps was presented with a handmade afghan as a housewarming gift from Habitat and a proclamation from Collin County Commissioner Chris Hill declared July 8 as Alice Arps Housing Day.

House leader awards were presented by Construction Director Mike “Bif” Haigh to James West and Ken Patrick, who then presented Arps with a Bible, toolbox and the house keys.

Special music was “Amazing Grace” led by Diggs and Bishop Kenneth Diggs of Eternity Community Church blessed the home and offered the benediction.

The 1,200 square foot house includes a 1-car garage and a sodded and fenced yard.

Habitat builds homes for qualifying individuals who must meet set criteria and assume an interest free mortgage. Arps says that her credit had prevented her from buying a house but that the organization worked with her to improve her credit. New homeowners also must contribute 300-500 hours of volunteer services to Habitat, either on their own home or on another.

Most of the work on Habitat home is provided by volunteers, but pouring the slab and hanging sheetrock is usually completed by tradesmen. North Collin County Habitat has built 97 houses over the past 23 years.

“We do over $1 million in revenue a year,” store operations manager Andrea Tabor said. “We save 150,000 tons a month from the landfill.”

Work on the Arps house started in February and is the second built in Princeton by Habitat.