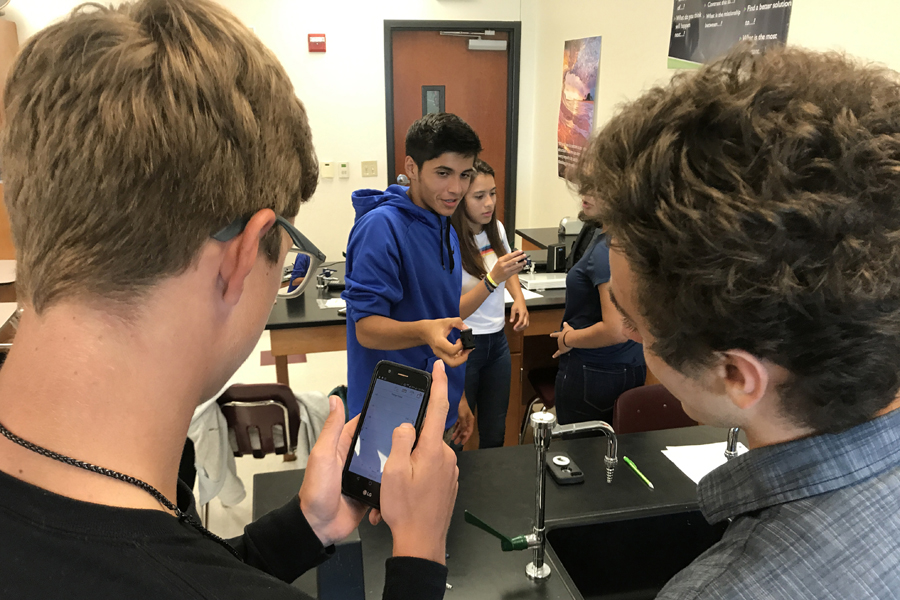 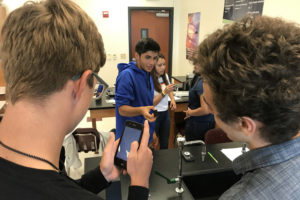 Thanks to a teacher grant from Princeton ISD, students in Kyle Lamothe’s AP class at PHS were able to measure their actual motions as they learned complex physics concepts.

Lamothe’s students utilized the new live-streaming motion sensors and watched the information as it was recorded on an app through their phones.

“These sensors allow students to hold the sensor and walk, slow down or speed up and see in real time what their motions look like based on physics,” he said. “Mastering the concepts of position, velocity and acceleration are foundational for the entire year.”

Once Lamothe demonstrated the use of the sensors, the students began graphing their motions as the sensor communicated with their phones through Bluetooth and the app the students previously downloaded.

“We are learning how to graph motion,” explained junior Anna Chambers. “It’s measuring time and distance and how fast or slow it gets there. This is hands on, which is good, because I don’t like sitting in class the whole time.”

Students enjoyed working with partners on the project.

“We can see the graph change depending on what we are doing,” said junior Claire Tidwell.

The students started learning the concepts recently by measuring how fast small toy cars were rolling, but the sensors added a new dimension by graphing all aspects of the movements of the students.

“This is fun because we are up and down and moving,” junior Michael Womack said. “I don’t like just watching a teacher and taking notes. This means more.”

Last year, PISD closed out the school year by awarding teacher grants in the amount of more than $39,000. The district plans to continue this practice this year and has budgeted $50,000 to go toward teacher proposals.

“I am thankful we are in a district where they really want to invest in the students,” Lamothe said. “These sensors target every student. Kinesthetic learners benefit by acting out the motion, visual learners can see the various effects and auditory learners can discuss their findings with partners as the lab occurs.”