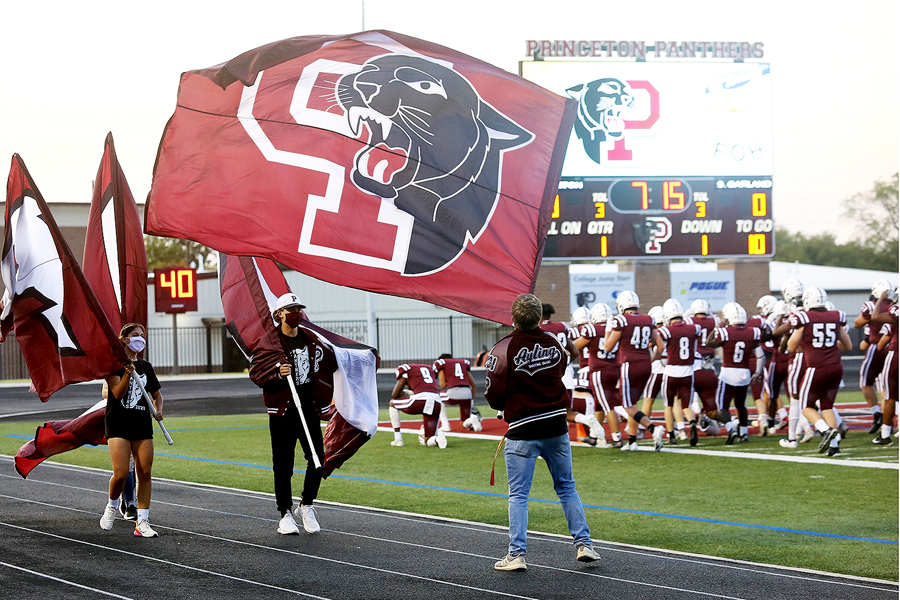 Three keys to the game: Princeton football versus Lovejoy

After a resounding home victory, the Princeton football team will hope to carry that momentum into their district opener, as they travel to face the Lovejoy Leopards in a rivalry contest Friday, Oct. 9. Here are three keys to a Princeton victory over the Leopards:

In their win over South Garland, Princeton found a lot of success from their passing game, in particular from junior wide receiver Gavin Champ. With Lovejoy’s strength on defense in their front seven, the Panthers will need to have a good game from quarterback Isaiah Sadler and their passing attack to pick up huge chunks of yardage against a resilient Leopards defense.

The biggest challenge for Princeton going into this game will be trying to slow down Lovejoy offensively, which has exploded in their first two games, scoring 58 and 48. Headlining their offense is a strong passing attack, having a lethal pair of receivers on the outside in Reid Westervelt and Luke Mayfield, who each had over 500 yards and double digit passing touchdowns last season. Stopping this duo will be a big concern for the Panthers defense.

An interception in the second quarter that was nearly returned for a touchdown by Dillon Moncier was a big momentum swing in their victory over South Garland. Against a strong team like Lovejoy, the Panthers will need every advantage they can get, so being able to get turnovers from their defense will be huge for Princeton’s chance of success.

For live scoring breakdowns and updates from Princeton versus Lovejoy, follow the Princeton Herald on twitter, @princetonherald.

For the full story, see Oct. 8 issue or subscribe online.