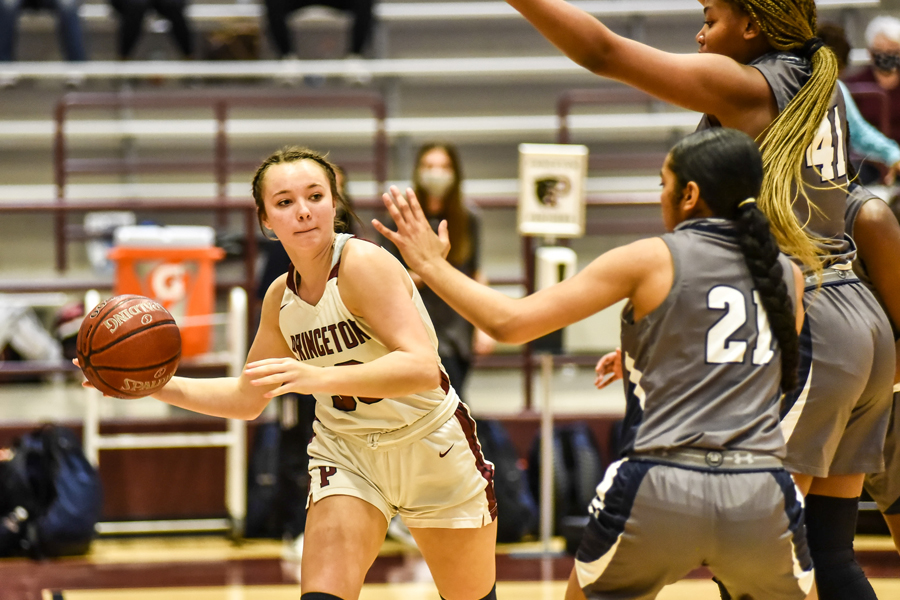 Playing its final week of home competitions, the Princ­eton girls basketball team made the most of the final moments for its senior competitors.

Holding an 8-3 district record entering the week, the Lady Panthers were locked into the third playoff spot in the dis­trict, having beaten every dis­trict opponent besides top two seeds Wylie East and McKin­ney North. With its playoff spot locked, and having improved the record from the previous season with a 19-3 overall re­cord, Princeton played the rest of the season out to keep the team’s momentum going for the start of the playoffs.

Princeton closed the week in a senior night contest against Rock Hill Friday, Jan. 29. After playing a close battle against them in Frisco, winning 59-56, the Lady Panthers were able to make the most out of their se­nior night festivities, defeating the Lady Blue Hawks 62-28.

For the full story, see the Feb. 4 issue or subscribe online.