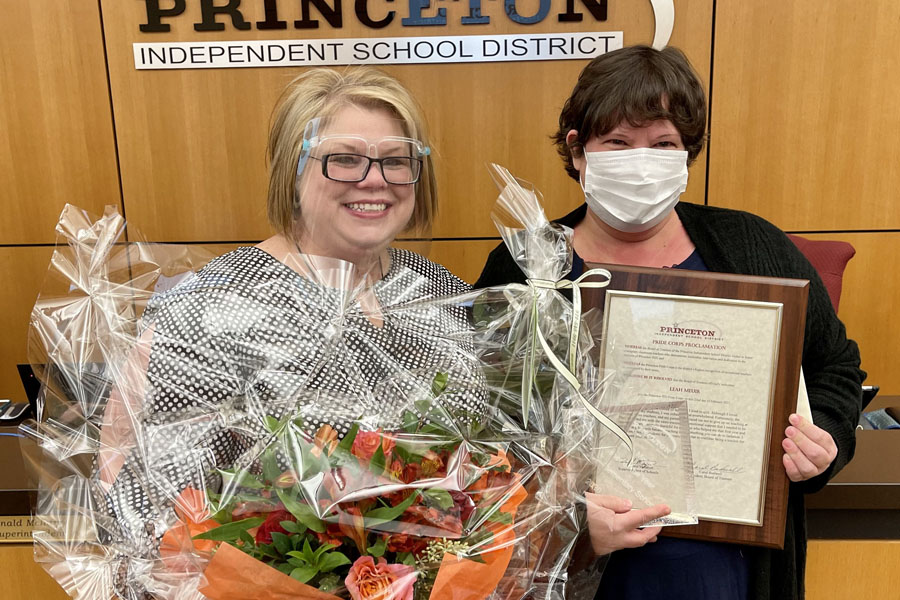 After a week defined by cancellations and keeping warm, trying to assess the damage of the recent winter weather was a major concern at the Princeton ISD board of trustees regular meeting held Monday, Feb. 22.

During the meeting, super­intendent Donald McIntyre announced several places in the district that were affected by the storm. Several elemen­tary schools experienced dam­age, including Smith Elemen­tary, which saw damage to the portables, kinder hall, and 1st grade hall. Canup saw similar patterns of damage, with the Peims office, kitchen and boil­er room all showing signs of bursting pipes. The portables at Godwin Elementary expe­rienced damage due to busted pipes, as did the boiler room and auxiliary gym at PHS.

Outside of the individual schools, a lot of extracurricu­lar areas in the district were affected by the weather, in­cluding several sporting ven­ues like the press box at Jackie Hendricks Stadium, the rest­rooms and concession stand at the tennis courts and the rest­rooms and concession stands near the baseball and softball fields. The damage to these athletic facilities has forced teams to look for new avenues to play, with the soccer teams moving the rest of their home games to the football practice field.

For the full story, see the Feb. 25 issue or subscribe online.