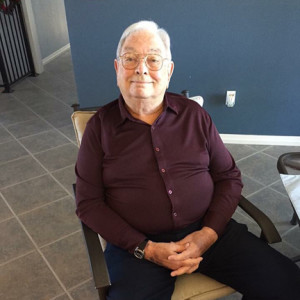 Leslie “Les” Carroll Liggett passed away at his home peacefully December 21, 2015 in Princeton at the age of 75. His wife Wilma and family members were by his side.

Les served in the United States Air Force from 1957 to 1960 as a Jet Engine Air Craft Mechanic. He was employed by American Motors first as a mechanic and then as a service writer. From there, he became Regional Manager for Jeep Corporation before working for AT&T, where he remained for 25 years until his retirement in 2001.

His hobbies were golf, where he played on the AT&T golf team, guns, where he taught his children and grandchildren the proper way to handle a gun since he was a Dallas County Constable, and sailing. He owned a boat dealership, The Rigg Shop, with his wife Wilma, his son and family. He enjoyed growing vegetables in his garden which he later cooked for guests. He also enjoyed fixing things for his friends and neighbors always saying “for free or for fun.”

Les enjoyed spending lots of time teaching his grandchildren how to cook and worked with Salad Master.

He was a 32nd degree Mason and was in the 101 Unit of the Hella Temple in Rowlett where he served food to fellow members.

He also called bingo for the Noino Ladies Club where they raised over $2000 for college scholarships for Princeton High School seniors.

He is survived by his only sister, Jane Aly and husband Bill; a son, Robert Liggett and two daughters, Luzia Willis and husband Steve, and Michelle Karlin and husband Mark; he was the grandfather to many grandchildren and many great grandchildren.

He loved his wife Wilma, and as a celebration of their love his internment was on their wedding anniversary January 2, 2016 at Restland Funeral Home. Services were held at Culleoka Baptist Church and a wonderful lunch was served to all his brothers and sisters in Christ just like he wanted. Services were held by Pastors Roger Berghauser, Vernon Morrison Jr. and Tommy Jenkins Jr.

Les had a heart transplant in 2009 sharing the gift of life with Johnny Floris, a 17-year-old young man that gave him six years and six months to celebrate life with us all.  We are grateful beyond words to Johnny and his family for their loving gift.

Les’ famous saying was “I’m Les Liggett – no more no less”, but to those who were blessed with the chance to know and love him, he was definitely “more” than words can describe.

Thank you all for the shower of love. 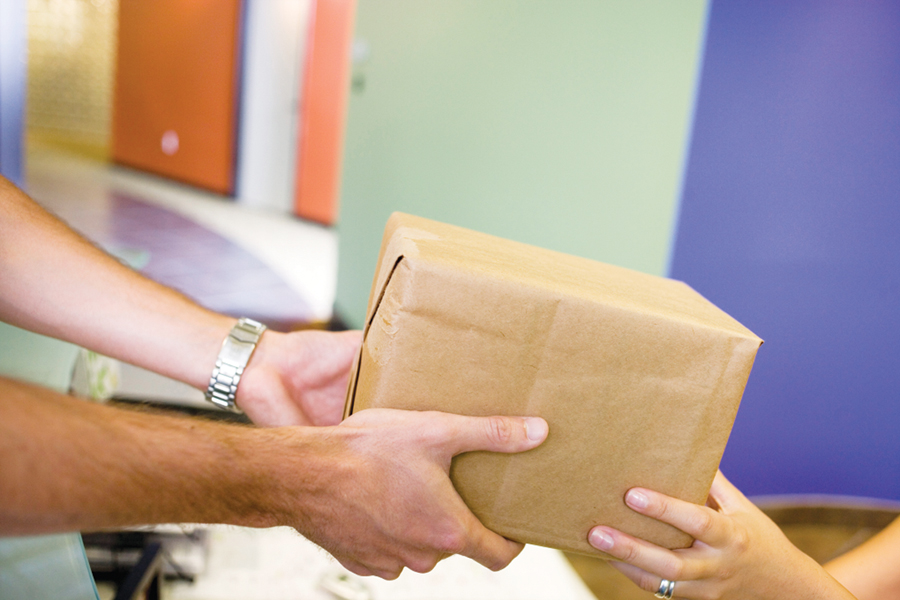 The Princeton Police Department is encouraging residents to stay vigilant as holiday shopping intensifies these last days before Christmas. “Porch Pirates” become a worry for many people this time of year as thieves help themselves to packages dropped on doorsteps. A...

END_OF_DOCUMENT_TOKEN_TO_BE_REPLACED 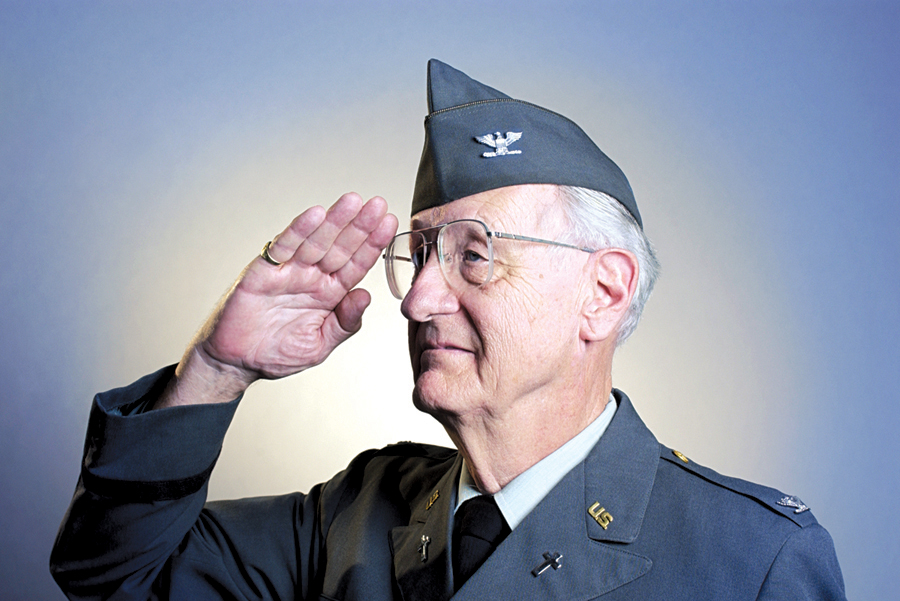 If you have a veteran or active duty military personnel that you want to honor for Veterans Day, please send a photo, along with name, branch of service/rank and years served for inclusion in the section. Deadline for photos is Oct. 21. Email photos/information to...

END_OF_DOCUMENT_TOKEN_TO_BE_REPLACED

Margaret Ann Cox Margaret Ann Cox, 67, of Princeton, Texas, passed away on January 28, 2016 in Princeton.  She was born February 23, 1948 in Farmersville to William F. and Wilma Daniels Wyatt.  She married Jerry Ray Cox in 1963.  She worked as a Shipping Supervisor...

END_OF_DOCUMENT_TOKEN_TO_BE_REPLACED

Arvella “Jackie” DuPuis Born February 16, 1924 in Birmingham, MI, the daughter of the late Alta and George Jackson, Jackie passed away on December 29, 2015 at the age of 91.  Jackie attended the University of Michigan where she obtained her RN degree.  While attending...

END_OF_DOCUMENT_TOKEN_TO_BE_REPLACED

Virginia Ann Hunt Our little mama, Virginia Ann Hunt, born March 16, 1926, finally gave up her last breath on December 17, 2015. Now, she will be reunited in Heaven with the loves of her life: our daddy, her mother, her daddy, her sister, Eula Hutson (Mamaw), Mama and...

END_OF_DOCUMENT_TOKEN_TO_BE_REPLACED

Elma Doris Cunningham Doris was the daughter of George Lewis Arie and Jimmie Idessa Mulden Arie. She was born on March 30, 1939 and was raised in Blue Ridge, Texas and was a member of the Church of Christ. Doris was a very fun and loving person, her family was very...

END_OF_DOCUMENT_TOKEN_TO_BE_REPLACED 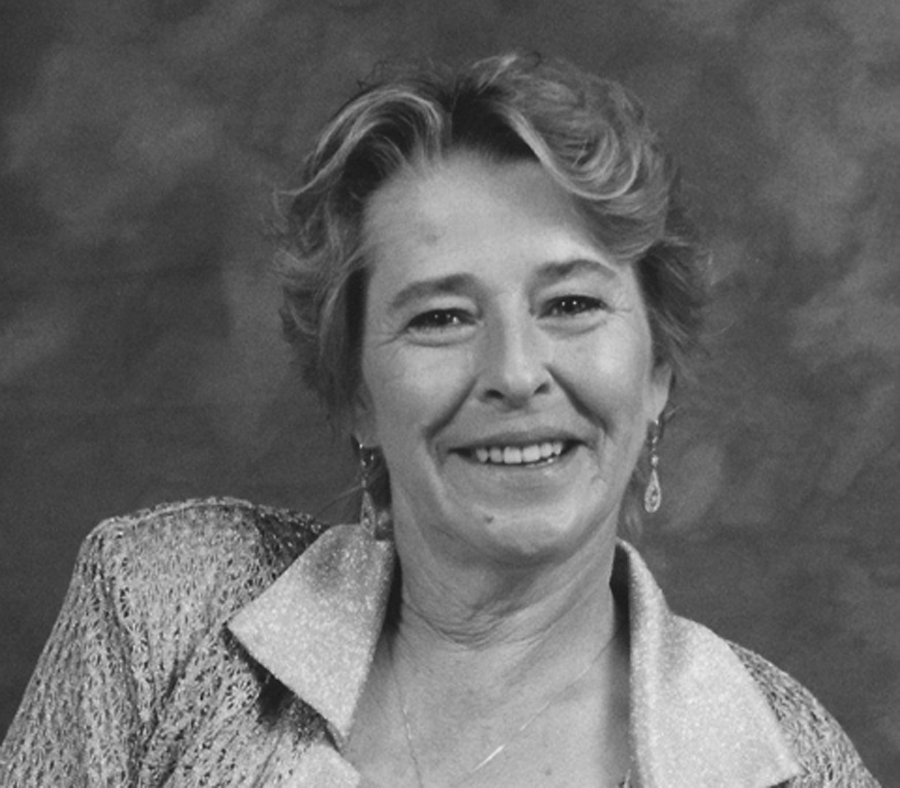 Gisela Marie McBride, 57, went to be with her Lord and Savior after a long struggle with cancer. She passed on the morning of July 2, 2015, surrounded by her family and friends in her home in Blue Ridge. Gisela was born Oct. 19, 1957, in Gies- sen, Germany, to Willie...

END_OF_DOCUMENT_TOKEN_TO_BE_REPLACED

Jerry Best Smith, 91, of Garland, passed away on July 8, 2015. She was born Nov. 18, 1923, in Farmersville, to Dr. Jerry Robert and Gladys Geraldine (David) Best. She was a homemaker and loved to spend time with her grandchildren. She would take them to Vacation Bible...