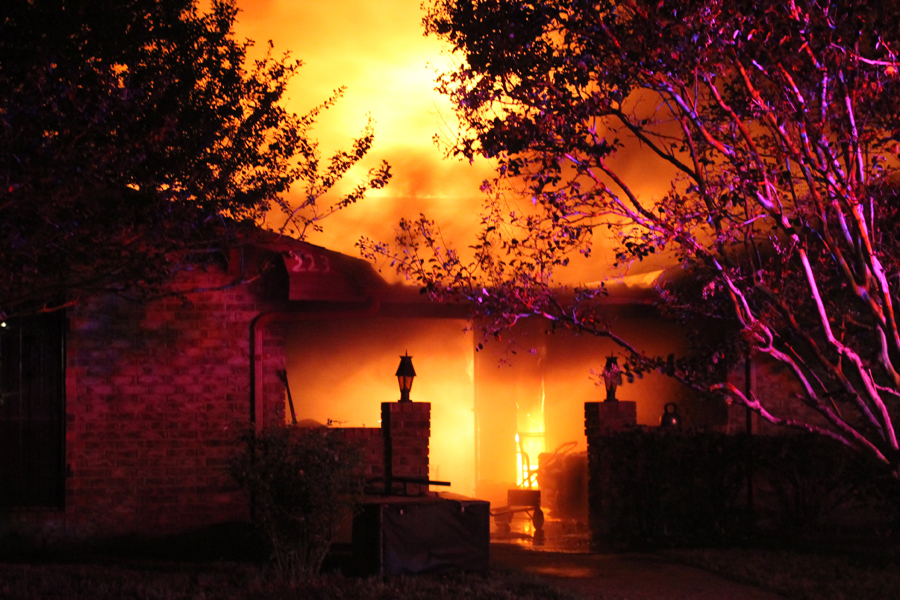 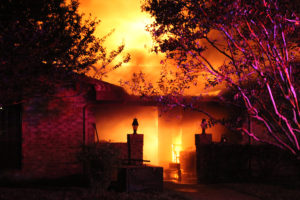 A fully involved house fire occurred overnight Oct. 3 at 223 W. Willow Lane. Human remains were found in the structure after the fire.

Princeton PD along with other agencies are investigating the identity and cause of death of a deceased person found at 223 W. Willow St. after a fire took place Oct. 3.

According to Princeton Police Chief James Waters, the Medical Examiner is still trying to identify the remains and determine cause of death. The investigation continues surrounding the events of the fire.

Around 8:30 p.m., the Princeton Fire Department responded to a fire call on W. Willow Lane.

Arriving on scene, firefighters found a brick home fully engulfed by flames, and quickly called for assistance from Lowry Crossing, Branch and Farmersville and Melissa Fire Departments. The McKinney Fire Department was also later called in to assist.

Firefighters were told on scene that everyone was out of the house and the homeowner was located. The homeowner remains a person of interest, according to information released by the police department.

As firefighters worked to contain the fire to the single structure, a crowd of onlookers gathered to watch the working structure fire.

During the fire, a Melissa firefighter was transported for minor injuries sustained while fighting the fire. Conditions and the identity of the firefighter are unknown at presstime.

The house is a complete loss.

After the fire was extinguished, fire marshals began their investigation into the house fire and remains were discovered.

Other agencies such as DPS 3D imaging and the county fire marshal’s office are assisting the Princeton PD with the investigation.

More information will be provide on this story in future edition’s of The Princeton Herald and at www.princetonherald.com.