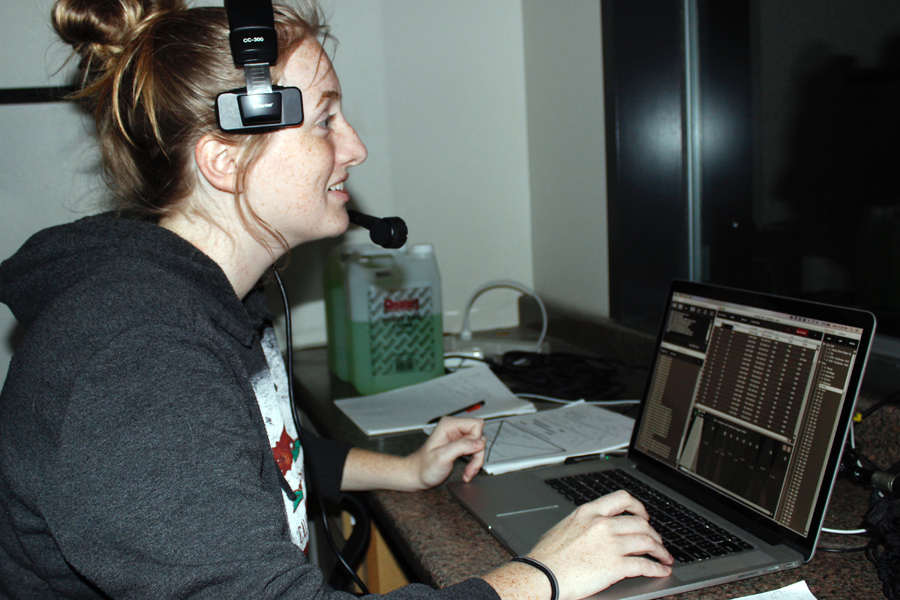 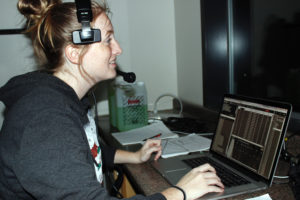 Andrea Bly controls the lights at the dress rehersal for the PHS production of Footloose. The show will be performed Thursday, Oct. 19, Saturday, Oct. 21 and Sunday, Oct. 22. (Courtesy photo)

It will take the talents of more than 150 students to pull off this week’s theatrical production of “Footloose.” The musical has been in the works since the end of last school year when auditions filled the roles of cast and crew.

“It’s safe to say that this is the largest production that Princeton has ever done,” PHS theater teacher Corey Cox said. “We are pretty pumped.”

“Footloose” performances are set for the Princeton High School auditorium at 7 p.m. Thursday and Saturday, Oct. 19 and 21, and 2 p.m. Sunday, Oct. 22. Admission is $5 for adults and $3 for students.

“This is the kind of production that can bring the whole community together,” said junior Brutus Fowler, who plays the lead role in the musical, Ren McCormack. “This will really bring attention to our fine arts program. I’m thankful for everyone who is working hard to give us this outlet.”

Choir student senior Corde Jackson will sing one of the iconic No. 1 songs from the musical, “Let’s Hear It for the Boy,” as the clumsy cowboy Willard, portrayed by Wade Harrison, learns some dance moves.

“I’m excited about ‘Footloose’ because it’s such a fun play,” she said. “It gets everyone involved and dancing. You know it’s going to be entertaining when the singers had to learn how to dance.”

Direction for “Footloose” is being provided by Cox, who will serve as director, Clark theater teacher Mrs. Gabrielle Lamothe, who is the assistant director, and choir teacher Rachel Lavender, who is directing the choir for Footloose.

According to Lavender, “Footloose” is getting a lot of help from outside the cast and crew.

“This is a pretty massive production so it’s great that we are getting so much help,” she said. “We are getting help from other teachers, the band, parents. Everyone is being so cooperative to allow us to get this done.”

“There’s even a mom here this week helping us paint the set,” he said. “She gave up her normal routine to be here with us.”

In addition, Bob McClure, who is assisting the musical as the sound designer, is also donating the use of his professional sound equipment, on loan from his company, FOH Productions, a mobile entertainment company.

Lazaria Dunlap as the cop