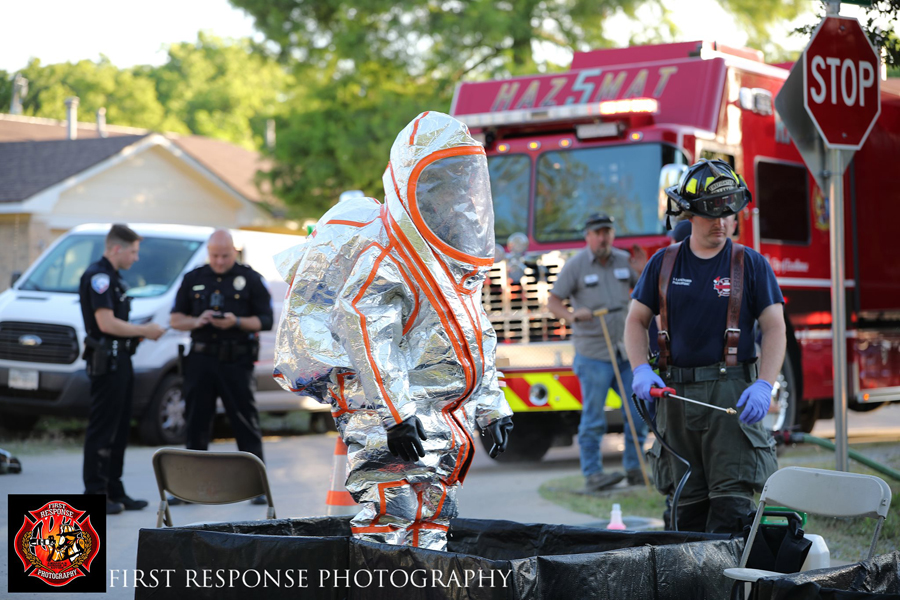 All hands on deck for hazmat investigation

A green bubbling substance brought all hands on deck as a suspicious circumstance call occurred in Princeton last week.

On McKinney Street, shortly after 5 p.m. Thursday, June 13, Princeton Fire and Police Departments were called out to investigate seven barrels of an unknown liquid at a vacant residence under remodel.

According to information released by Princeton Fire Chief Tom Harvey, workers had tried to move the barrels and spilled some of the liquid on the ground where in had a minor reaction to the wet soil. The barrels were old and had been on the property for years.

The label on one of the barrels, he said, was marked as corrosive but no vapor cloud was present.

Based on the need to identify its contents, the Plano Hazmat team was dispatched from the Plano Fire Department.

The drums were tested and found to be with normal PH but on the acidic side of the normal range, Harvey stated. No immediate hazard was found and city code enforcement met with the owner and a private hazmat company has been contracted to remove the barrels from the property.

For the complete story see the June 20 edition or subscribe online.