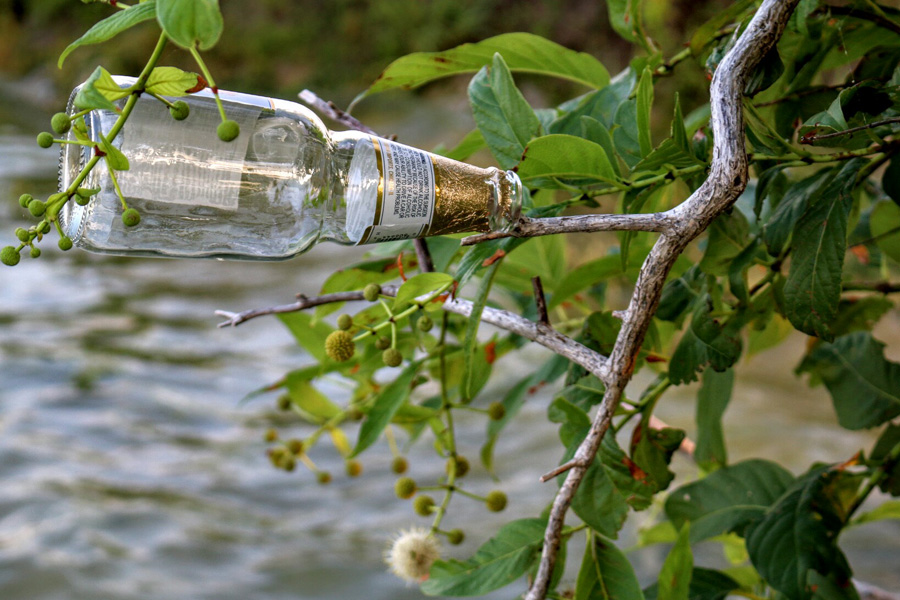 Beer bottles represent just a small portion of the types of trash that can be found at area parks around Lake Lavon. Volunteer cleanup efforts are currently underway at Ticky Creek Park. Courtesy David Grote.

While pursuing his love of fishing, David Grote started noticing that Lavon Lake was becoming trashy. He decided to do something about it by forming a group of volunteers named Lake Lavon Clean-Up to pick up trash along shorelines and in picnic/camping areas.

The effort started with a cleanup day Sunday, July 9 that attracted one half dozen volunteers. Since then, through the Facebook page, facebook/lakelavoncleanup, Grote has attracted about 200 volunteers. The second clean-up effort was held Sunday, July 16.

Grote, 40, is an avid fisherman and a freelance photographer. During his senior year at Texas A&M University-Commerce, where he earned a bachelor’s degree in photography in 2013, he completed a project in which he shot pictures of Lake Lavon, showing the beauty and trash. That project led him to start a group to tidy up around the lake.

For the complete story see the July 20 edition of The Princeton Herald or click here for the e-Edition.