Writing though her grief 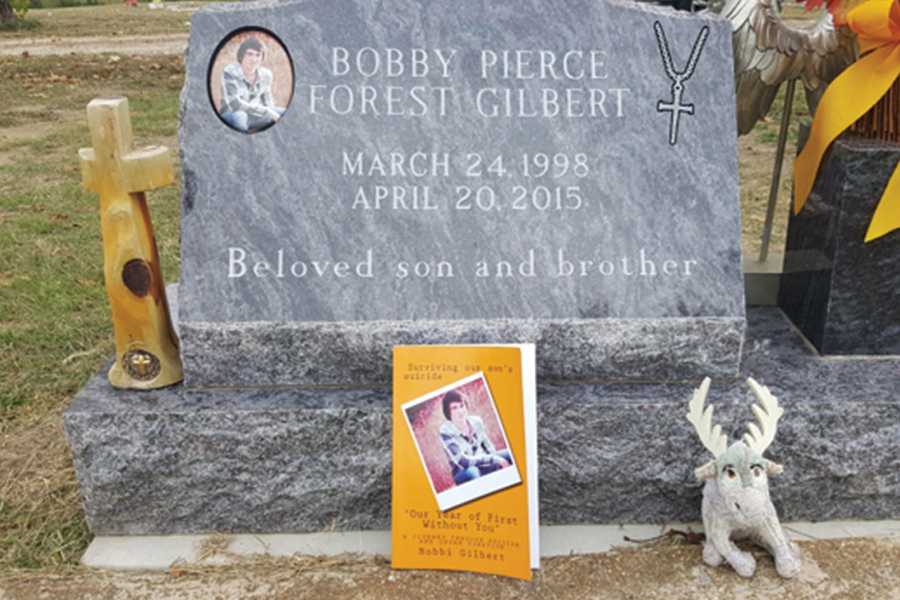 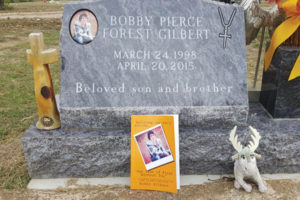 “Our Year of First Without You,” the first book written by Bobbi Gilbert after her son’s suicide, marks his gravesite. (Courtesy photo.)

Bobbi Gilbert is on a mission. A mission to spread awareness about suicide and the devasting ever-lasting effects it has on families.

Her son, Pierce, committed suicide April 20, 2015 at the age of 17. A senior at Whitewright High School at the time, Pierce’s diagnosed depression combined with a dysfunctional relationship; his “girlfriend” was the breaking point that led him to make the choice he did that fateful day. He pulled his truck into her driveway in Princeton early one morning and shot himself in the head. He left a picture of his sister Morgan on the passenger’s seat and a note for the girl.

Bobbi’s story about the events leading up to Pierce’s death and the long painful year following his death is recounted in her book titled, “Our Year of First Without You,” a journey through suicide and organ donation. The 151-page book is a compilation of stories about her son, photos of him and other loved ones, poems, Bible verses and much more. The pain and loss is evident on each page.

“I felt compelled to write these books in hopes of preventing anyone else from having to go through this,” Bobbi said. “As they say, no parent should ever have to bury a child. And, it’s far worse when it’s suicide.”

For the complete story see the Oct. 5 issue or subscribe here.