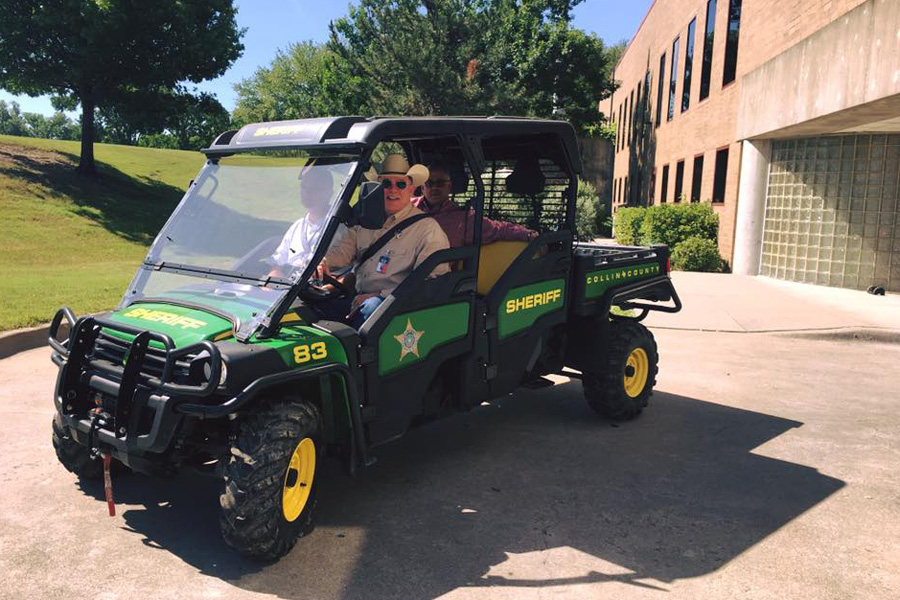 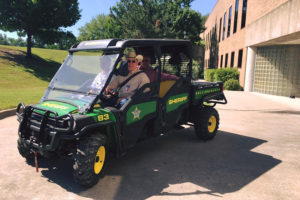 Though most of the time Sheriff Jim Skinner otherwise known as ‘Collin 1’ patrols in his own squad unit, he utilizes a 4 by 4 to check the grounds at the Collin County Sheriff’s Office. (Courtesy photo.)

One year has passed since Sheriff Jim Skinner was sworn into office and much has changed within the ranks of the Collin County Sheriff’s Office.

Skinner, who took office in January 2017, was elected after long-time sheriff Terry Box decided not to seek re-election.

One of the first items the new sheriff decided to tackle was the reorganization of a patrol division. With only five deputies per shift attempting to cover 500 square miles, the division was seriously overworked.

For the full story see the Jan. 11 edition or subscribe online.