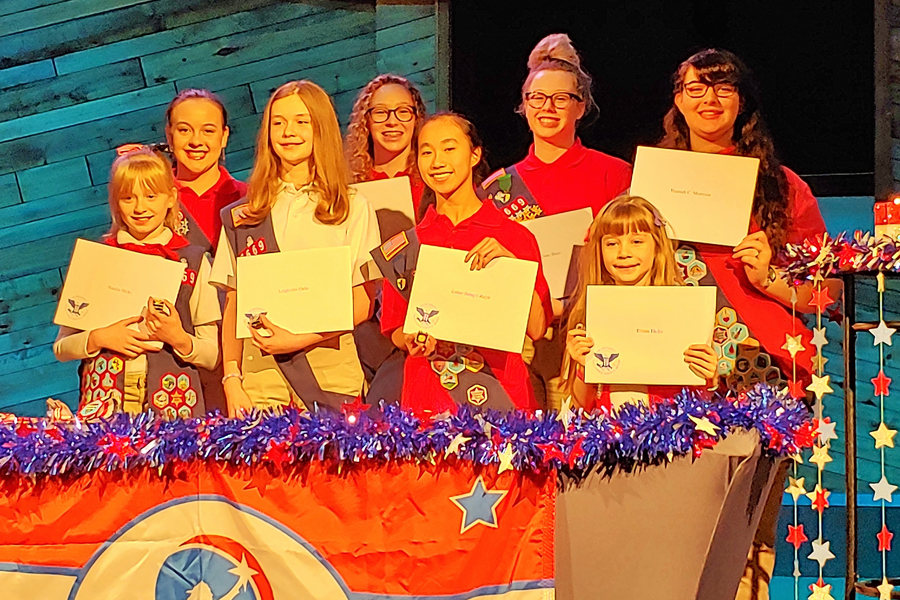 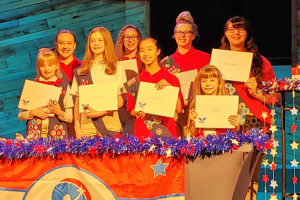 Nine honorees from Troop TX0669 were recognized Tuesday, Jan. 22, during an awards ceremony at Milestone Church.

The troop, which is chartered by CV Church in Princeton is comprised of 37 girls ranging in ages from 5 to 18.

“This past year alone, the young women of our troop gave more than 1,000 hours of service right here in our local community,” Coordinator of the Princeton Troop Dorinda Morrison said.

The President’s Volunteer Service Award, as it is today, was established in January 2003 by President George W. Bush. Since then, service hours are measured over a 12-month period and awards are designated based on cumulative hours and awarded as Gold, Silver, or Bronze awards. Each award includes a certificate, a signed letter of recognition from the president, and either a medallion, coin, or pin.

For the full story see the Jan. 31 issue or subscribe online.