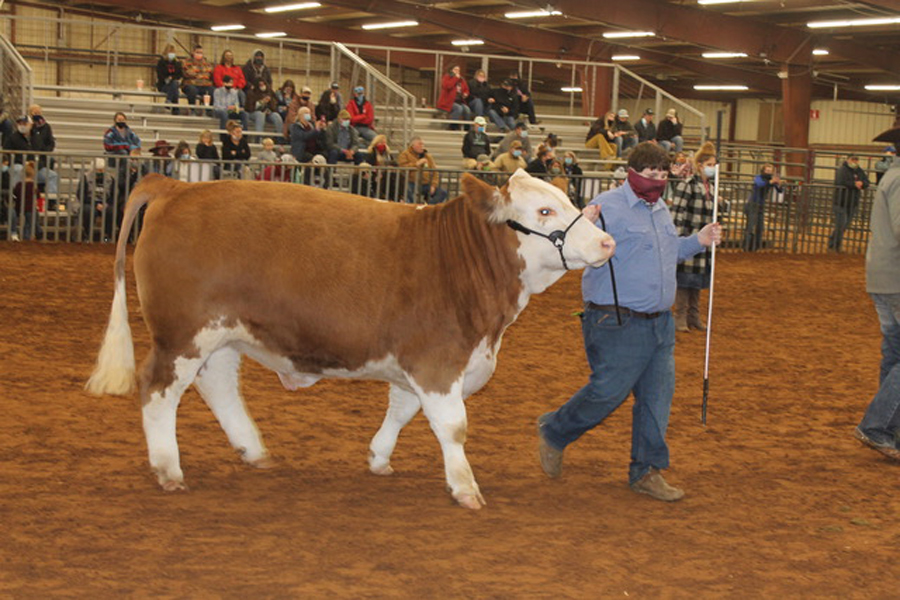 Princeton ISD ag students picked up some of the top awards last week at the Collin County Junior Livestock Show.

The event, for FFA and 4-H members, was held Jan. 1-9 at Myers Park in McK­inney. The livestock show was held over several days this year because of the CO­VID-19 pandemic.

Princeton Independent School District Ag Science teacher Rowdy Akins said of the 24 students who participated in the show, 21 qualified for auction meaning they had to opportunity to make money at the sale held Saturday, Jan. 9.

Showing the Reserve Grand Champi­on Pig was Reagan Strickland, who also showed the Reserve Champion Cross and picked up a first and second breed win. Reagan was a Junior Showman finalist as well.

Second place breed divisions were Car­leigh Deeds, with two wins, and Adam Campbell, who also won third. Both of whom were also Senior Showmen finalists.

Ryan Gilmore had a fourth and fifth place finish.

Chris Brown and Calee Shipp both had two first place showings in the heifer division and Courtney Cox had one first place win. Ryan Gilmore had a second-place exhibit and won Reverse Champion Junior Showmanship.

Lucas Ramirez and Cul­len Jenkins both picked up a second-place win in the goat division.