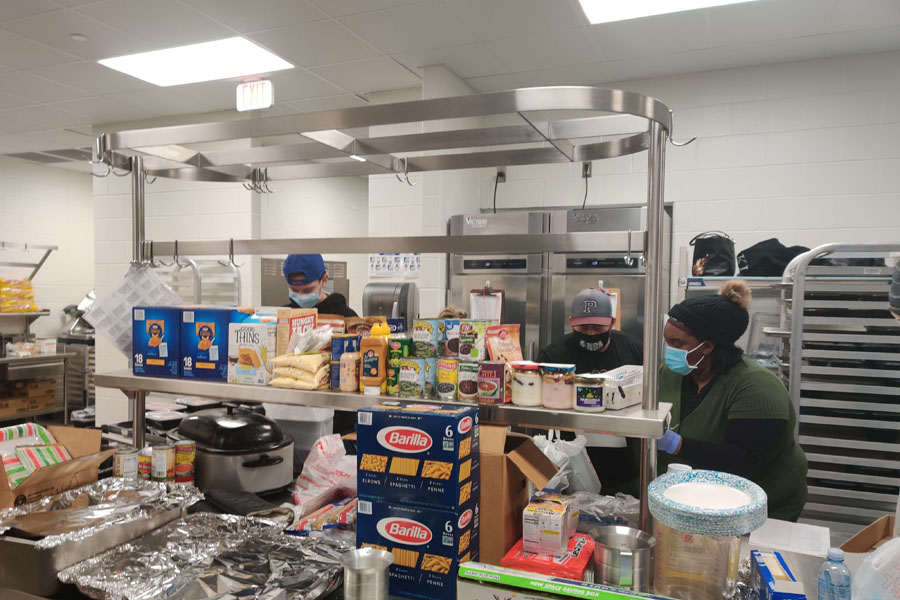 Volunteers were busy prepping food last week at Southard Middle School which was open to the piblic as a warming center and shelter for anyone in need.

During the unusually harsh winter storm that affected most of North Texas last week, Princeton residents worked together to provide for others – even when they were doing without themselves.

Southard Middle School opened its doors to residents without power at 9 p.m. Tues­day, Feb. 16, but Princeton ISD Superintendent Donald McIntyre said no one came when the school first opened. However, the following day, several residents found their way to the warming center.

When Mary Balfour’s pow­er went off in the early hours Monday morning, she didn’t think she would go without power for more than 70 hours.

Balfour said she initially thought the power would roll; the first outage occurred around 2:30 a.m. but returned about 30 minutes later. How­ever, a short time later, the power went out again but did not return.

For the full story, see the Feb. 25 issue or subscribe online.