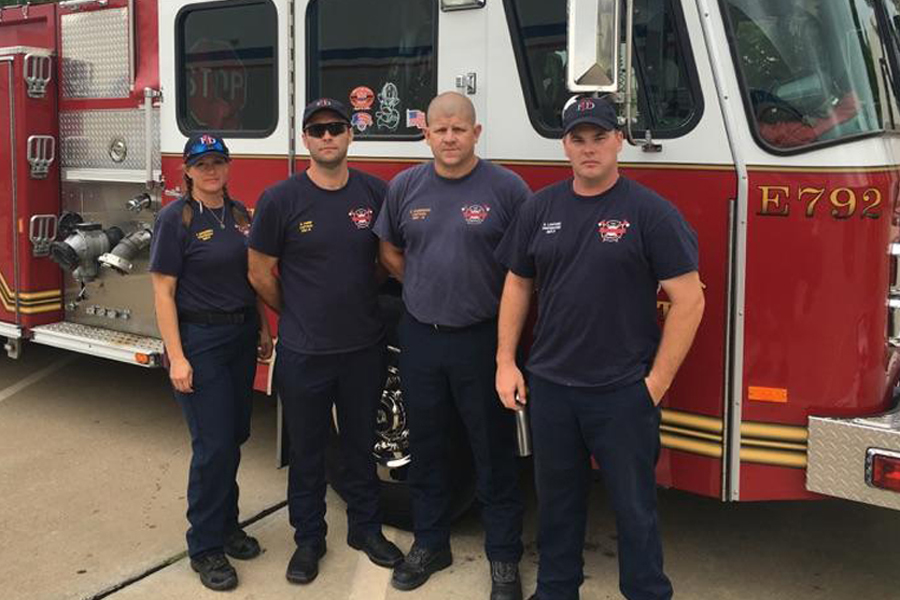 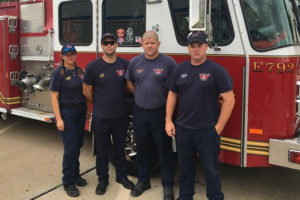 With Hurricane Harvey still creating chaos and rain off the coast of Texas displacing many of the state’s southern residents, local first responders have geared up to lend a helping hand.

Princeton firefighters deployed as part of the Texas Interstate Fire Mutual Aid System (TIFMAS) on a strike force including other personnel from Plano, Prosper and Lucas. Taking their own fire engine, PFD is essentially performing the same job they do on a daily basis for the city of Princeton, just in another town in the disaster zone, according to Princeton Fire Chief Tom Harvey.

The crew will be on the coast for approximately a week and then return home to trade out with a second crew if it is needed.

According to Chief Harvey, there is a rotating list for TIFMAS and it is Collin County’s turn to provide aid at this time.

“We could also receive additional assignments,” he said.

The Princeton Police Department is also doing their part to aid hurricane victims including collecting donations.

The following items are being accepted:

Donations can be dropped off at the Police Department located at 306 Main Street until 5 p.m. Friday, Sept. 1.

are getting into the donating spirit by hosting collection efforts at the football game Friday night.

The Princeton Panthers and Celina Bobcats are joining forces at the Friday night game to raise funds for the Hurricane Harvey Relief effort.

All money donated at the game will be sent to the American Red Cross through the Texas High School Coaches Education Foundation.

Cheerleaders will “pass the hat” to the fans in the stands, and, in addition, there will be a donation table set up. Checks or money orders can be made payable to the Texas High School Coaches Education Foundation.