K9 retiring: No bones about it 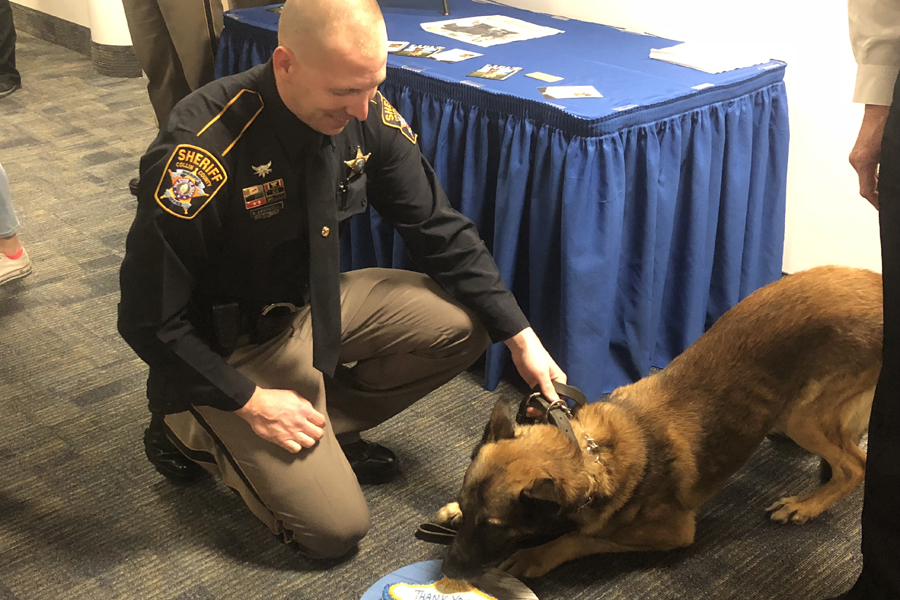 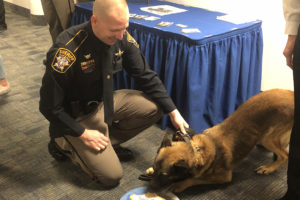 It was smiles all around, including some doggie ones, as Collin County Sheriff K9 Deputy Elo retired Thursday, Feb. 22.

After working for the Collin County Sheriff’s Office for more than five years, the canine was retired from service with honors. K9 Deputy Elo will be spending his final years with his handler, Deputy Robert Langwell and his family after being adopted by them.

During Deputy Elo’s career he was responsible for many seizures including more than 2,300 grams of controlled substances including meth, heroin and cocaine, 400 marijuana plants, 12 pounds of marijuana and more than $500,000 in stolen property.

He has also been responsible for 20 apprehensions and locating four missing/endangered people, including an elderly female with Alzheimer’s in 2015 who had been missing for a number of hours.

For the full story see the March 1 issue or subscribe online.