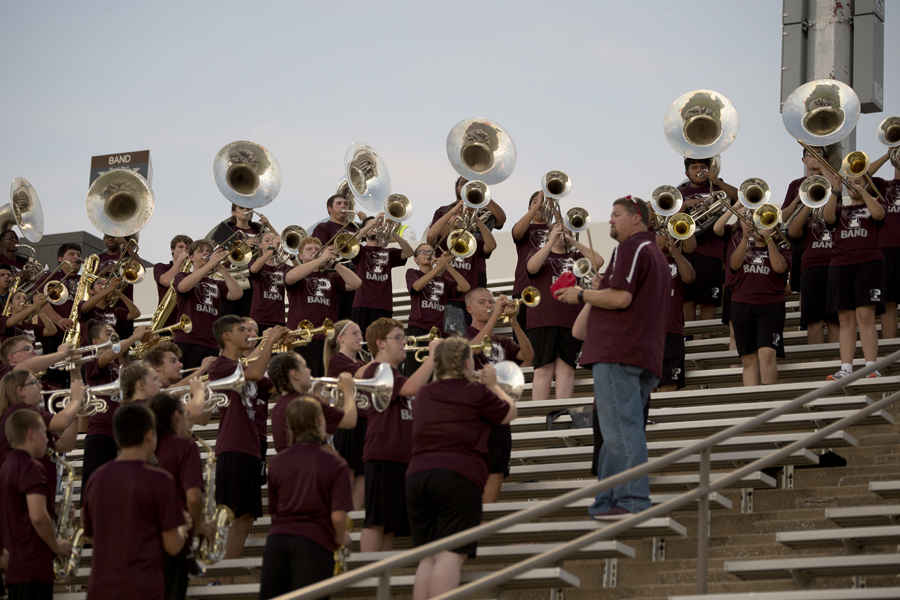 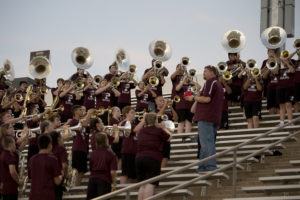 The show uses a combination of band literature, classical music and rock music to help describe different types of metal.

“The design team is made up of the band staff, our music arranger and our drill designer. We met last December to start to put together the idea and begin to select the music. We will be using media screens for a visual of the different metals related to the song they represent. There is also a lot of percussion in the show,” Band Director Brandon Brewer said.

Despite the band moving up to Class 5A and not getting the chance to possibly complete at state for the second year in a row, the PHS Band program has more than 200 kids in the band.

For the full story see the Sept. 6 edition of The Princeton Herald or subscribe online.