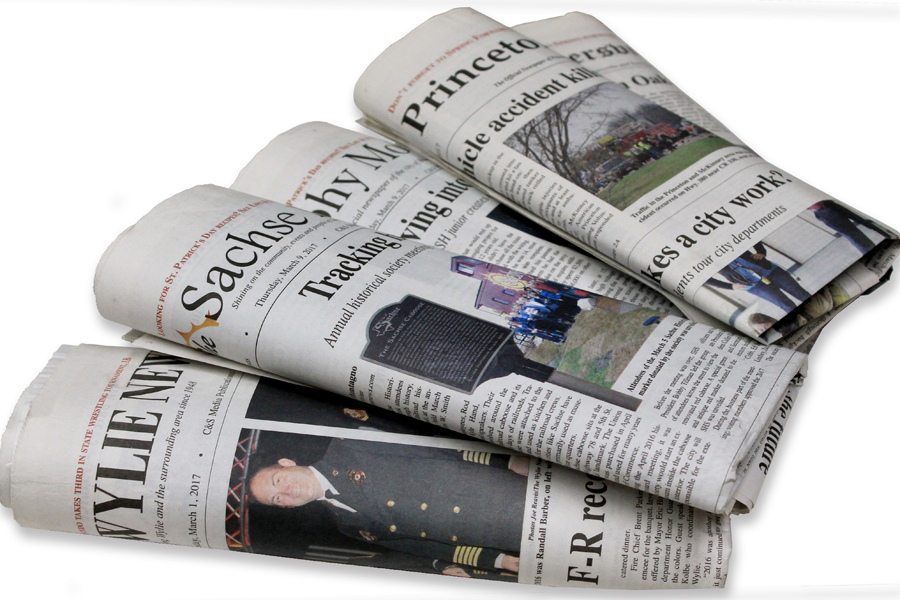 The awards were presented at the annual NETPA convention held last week at the Hilton Garden Inn in Tyler.

In the Page Design category, newspapers are judged on pages submitted of a front page, opinion page, Life and Style and Sports page. Staff submitted pages from November 2018. The Herald placed second for pages designed by Production Coordinator Charlene Loggins and Sports Editor David Jenkins. Judges complimented the front page as having a “nice look”.

Veigel received a second place in News Writing for articles regarding a construction worker that fell 42-feet on the future Southard Junior High Campus and a news story about a parent who tossed coffee in the face of an educator.

The Herald’s Fall Sports Preview Special Section tied for second place with its sister publication The Wylie News. Judges stated, “If something works – don’t fix it; replicate! That’s what David Jenkins succeeded in doing very well for both these publications. Equal care went into both and it shows and shines!

Veigel was also named as Journalist of the Year. To be considered, each journalist entering must submit five stories for judging. Veigel’s entries included stories about the Islamic cemetery, adoption, animal rescue, a train derailment and mayoral controversy. “Solid leads and very good writing backed by sound reporting,” Judges said. “The writer has a really good command of writing good hard news and features. Great work!”

At the end, wins are tallied with points for each place, and overall The Herald received third place in Sweepstakes with 575 points in the medium weekly division.

The publisher commented, “I’m proud of the staff and the quality of work they produce with the resources we have available. Hopefully, this will serve as a catalyst for increased support for the paper through subscriptions and advertising.”