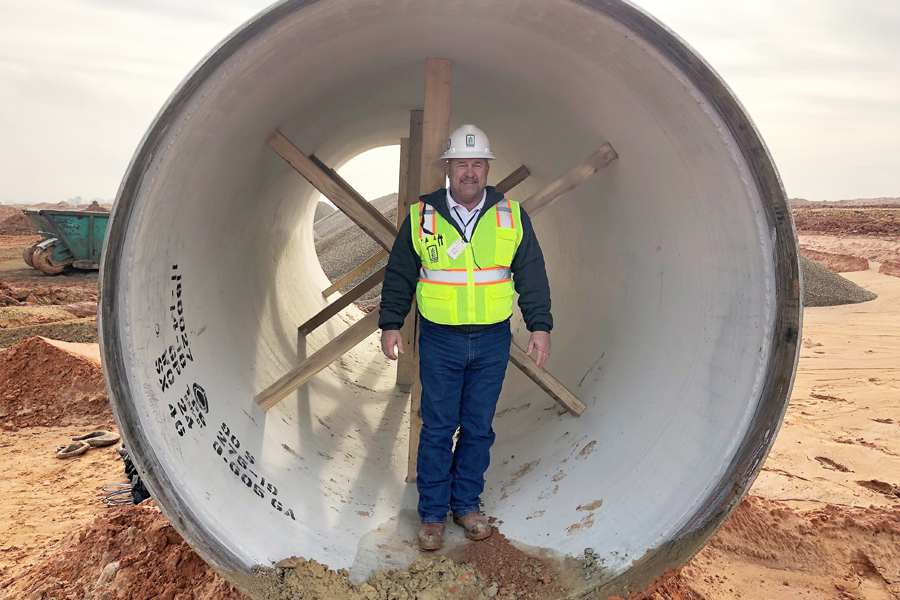 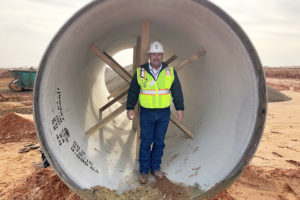 The first section of 90-inch pipe needed to deliver raw water from Bois d’ Arc Lake in Fannin County and ultimately to Wylie was laid recently by crews with Garney Construction and Oscar Renda Contracting.

When the 35-mile raw water pipeline from the lake to a water treatment plant under construction near Leonard is completed, it will be able to carry up to 236 million gallons of water daily.

The water from Bois d’ Arc Lake will serve the 1.7 million customers in 80 communities served North Texas Municipal Water District, headquartered in Wylie. The reservoir under construction near Bonham by NTMWD is the first major reservoir to be built in Texas in 30 years.

ain the future of the growing region and significantly boost the local economy.

Northwest Pipe Company and Thompson Pipe Group are manufacturing the pipe with approximately 75 percent of it crafted in the Dallas-area. Each section of pipe is 50 ft. long and weighs around 25,000 lbs. It will take 6 months to a year to deliver the entire pipe, with installation continuing until the summer of 2021.

“Each piece comes on an eighteen-wheeler,” explained Fain Butler, Assistant Construction Manager for the Bois d’Arc Lake project. “The work is staggered, with some pipe still arriving while crews work to finish burying other sections. It’s no small job, and four to five crews will be working simultaneously to lay the approximately 3,696 total pieces of pipe. That’s around 15 per day.”

Over the next two years, crews of about 10 workers will dig trenches for the pipe, install the pipe, refill the trenches with dirt and then restore the impacted areas.

The new lake, with an estimated construction cost of $1.8 billion, will impound 16,641 surface acres of water, or about 26 square miles.

The raw water pipeline runs from the lake to a treatment plant near Leonard, and a treated water pipeline will continue from there to the NTMWD distribution system. Water is expected to start flowing from the reservoir in Spring 2022.