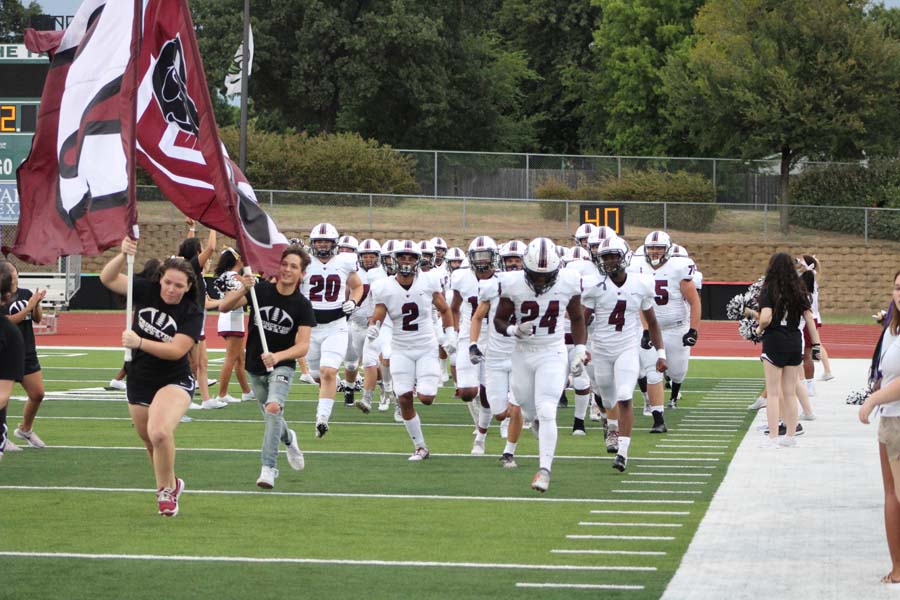 Following the announce­ment by the UIL stating that conferences 5A-6A fall sports would be delayed, the Princ­eton Panthers varsity foot­ball team released a revised schedule for the 2020 season.

The team was able to keep all ten originally scheduled games.

The season kicks off with a practice scrimmage against Sherman on Sept. 17 at Jackie Hendricks Stadium. Follow­ing this match, the Panthers travel to Longview to face Pine Tree High School on Sept. 25.

District 7-5A Div. II play commences with a battle on the road against the Lovejoy Leopards on Oct. 9. Newly-formed high school Rock Hill then comes to town on Oct. 16 for a date on Home­coming.

The Panthers are once again back on the road to play Memorial on Oct. 22 at The Star in Frisco. The back half of the schedule opens on Oct. 30 when the Lake Dallas Ea­gles come to Jackie Hendricks Stadium on Future Panthers Night.

The next test comes on Nov. 6 at Frisco Memorial Stadium against last year’s district champion Frisco. Lebanon Trail is next on Nov. 13.

Frisco Liberty, a new mem­ber of District 7-5A Div. II, will host Princeton on Nov. 19 at The Star. The season rounds out against Denison on Dec. 4 at Jackie Hendricks Stadium.

If Princeton makes it out of District 7-5A Div. II compe­tition, they will face a team from District 8-5A Div. II in the first round of the playoffs.