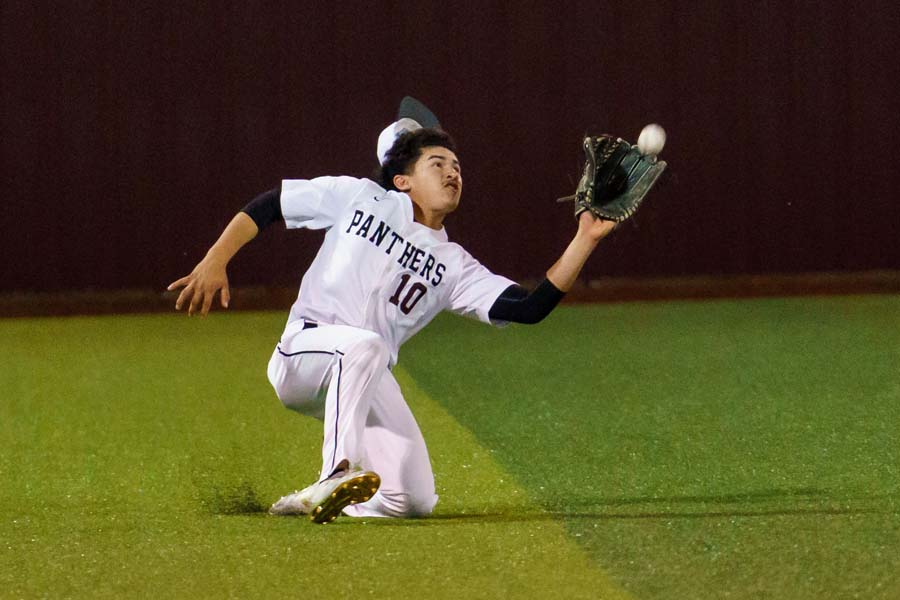 After a 1-1 start to district com­petition, the Princeton baseball team headed into the second week with renewed confidence.

Holding a 8-6-2 overall record, Princeton proved they could win low-scoring games in its first dis­trict outings. Despite dropping their district opener to McKinney North, the Panthers responded with a win against Denison, defeating the Yel­low Jackets 1-0. With two strong performances on the mound, Princ­eton managed to kept itself compet­itive in a strong district

Princeton opened the week on the road, traveling to Lucas to face rival Lovejoy Tuesday, March 23. Lovejoy entered the game with a 13-5 overall record, including a 10-2 victory over Wylie East to move to 1-1 in district. In a tight de­fensive battle, Lovejoy was able to get ahead thanks to strong offense in the fourth inning, as the Panthers lost 4-0.

The Panthers were able to hold their own through the first three in­nings, holding Lovejoy scoreless to keep the game at 0-0. The Leop­ards capitalized in the bottom of the fourth, however, as two runs crossed the plate to put Princeton in an early hole. Holding Lovejoy off the score­board in the fifth inning, the Leop­ards extended their lead in the sixth and seventh innings, scoring one run in each to build a 4-0 lead that they would never surrender.