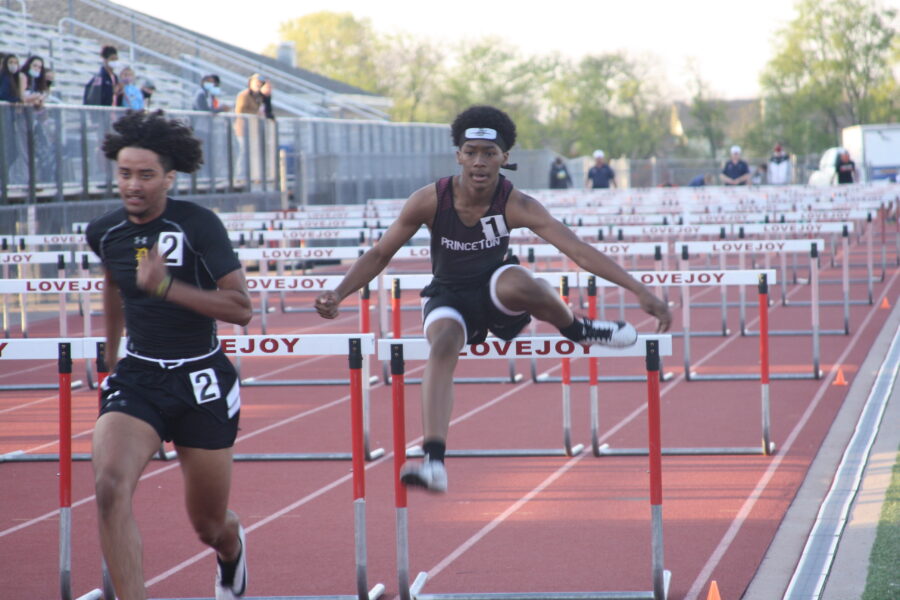 After a month of exhibition events, the Princeton track and field team reached the finish line. Battling in Lucas, the Panthers competed in the district 10-5A competition in a two-day meet against their rivals Wednesday and Thursday.

Overall, the Panthers finished with five total medals and six competitors advancing to the area meet. Junior Gavin Champ earned the lone gold medals of the competition for Princeton, finishing first in both the long jump (22-0.50) and triple jump (44-10.25). Champ also earned a silver medal as part of the boys 4X200-meter relay team, as the team of Champ, Willie Arkansas, Junior Ombati and Donovan Dixon finished second (1:31.31). Arkansas and Dixon both advanced to area in the 200-meter dash, with Arkansas earning a silver medal (22.74), while Dixon finished fourth (23.11). The final medal was earned by senior Nate Prentice, who finished third in the 300-meter hurdles (41.34). The top finishes by the Lady Panthers include a fifth place finish by the 4X400-meter relay team (4:16.85) and a fifth place finish by Kanaiya Douglas in the shot put throw (33-11.75).