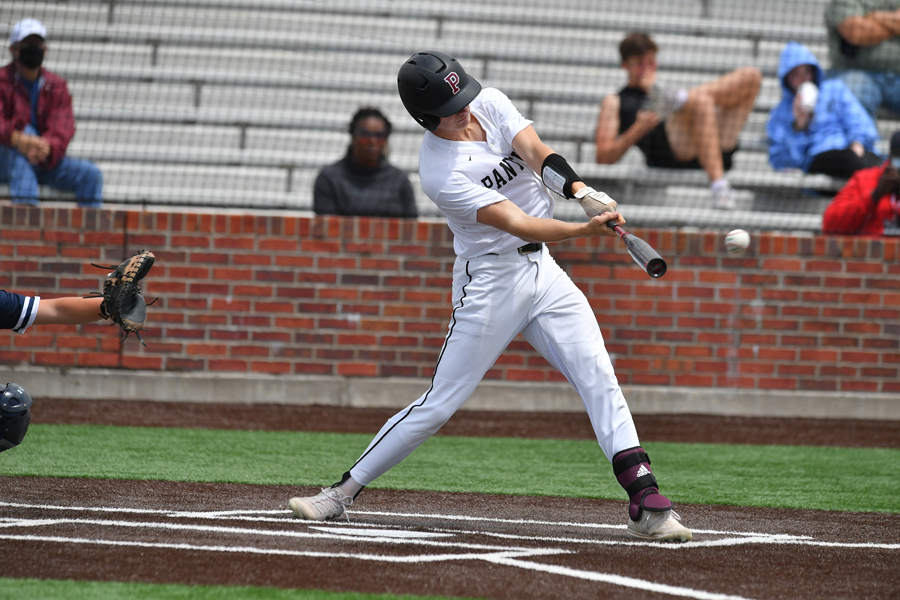 With the playoffs currently out of reach, the Princeton base­ball team entered the second to last week of the season looking to build momentum heading into next season.

After a strong rain storm on Friday, the Panthers had to post­pone their weekend game until Saturday due to a rain delay. Facing off against Wylie East in a Saturday afternoon battle, Princeton managed to hold onto an early lead en route to a 6-5 win, securing its third district win of the season.

“This is a huge win,” Mansa­nales said. “We needed that win, not necessarily for the playoff spot, but for the morale and to show this team can compete. Two years ago, Wylie East was the team that knocked us out of the playoffs and ended up going four rounds deep. It was good today to get that win against them.”

To open, Princeton capital­ized in the bottom of the first in­ning, scoring a run off of a Cam­den Mansanales single to lead the Raiders 1-0. After a score­less second inning, the Panthers extended their lead to six thanks to a five-run third inning. Runs in the third inning came off of a triple by Luke Tarby, a home run by Buff, and a double by Cade Hitt. Wylie East respond­ed with four runs of their own in the next half inning, thanks to hits by Rylee Lamm and Cade Dorethy, to cut the Princeton lead to two runs.

For the full story, see the Apr. 29 issue or subscribe online.