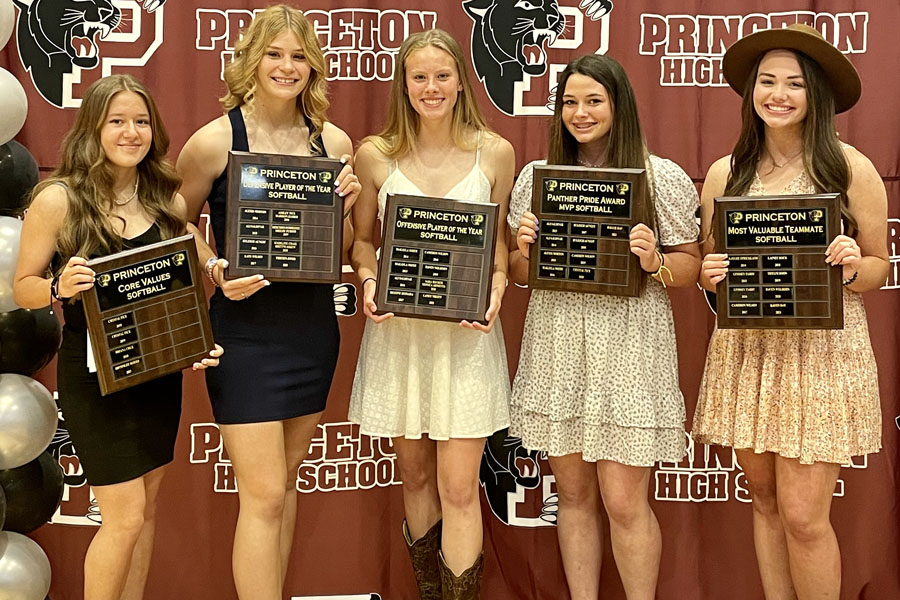 With the sports season coming to a close, PHS athletes in the remaining spring team sports were honored for their athletic achievement during the 2020-21 calendar year in special ceremonies held by the PHS Booster club. The boys and girls track team were the first teams to be honored, being recognized at the same time as the golf and tennis teams Wednesday, April 28. The final ceremony was held two weeks later, as the baseball, softball and wrestling teams were recognized May 14.

After earning a fourth place finish in the boys triple jump at the state championship, junior Gavin Champ earned co-MVP for the boys track and field team alongside fellow regional competitor and junior Willie Arkansas. Daniel Maya-Gomez earned the Panther Heart award for the boys side, while Donovan Dixon and R. J. Fannin split the newcomer of the year award.

For the girls track and field team, the MVP award was split between the field, spring and distance events. Kanaiya Douglas earned the field event MVP after competing in the discus throw, while Demayia Peoples finished as the MVP sprinter. Bria Dillard took home the MVP award for the distance events. Lexi Wolbert earned the Panther Heart award, while Anaya Little received the newcomer of the year.

For the full story, see the May 20 issue or subscribe online.