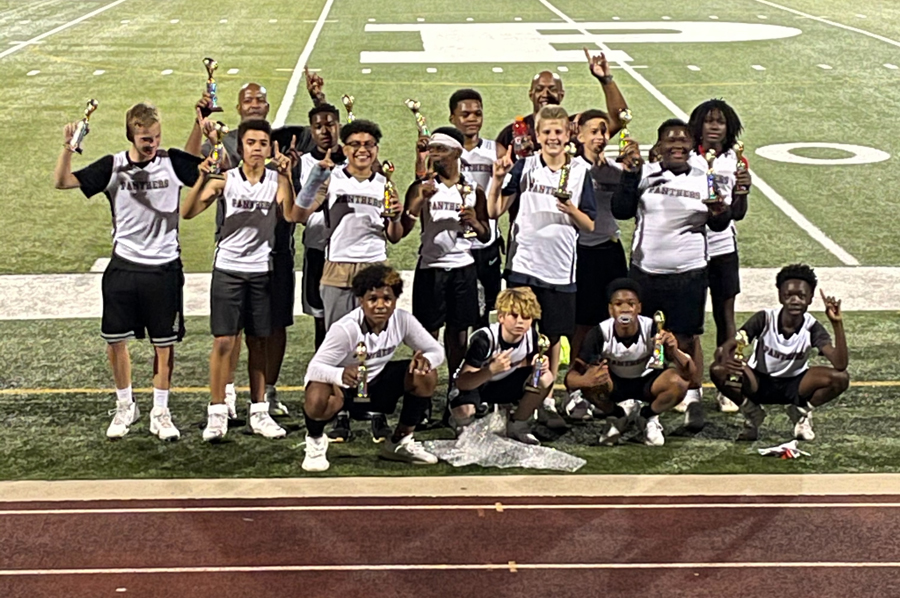 This spring, Princeton High School has seen a preview to the talent that will be playing for the Panthers in the near fu­ture, as several middle school players competed in a Prosper seven-on-seven football league.

One of 11 teams battling in the Prosper Youth Sports Asso­ciation’s seventh grade spring football league, which ran from March 19-May 14, Panther Na­tion managed to shine among their competition, going nearly perfect in the regular season en route to a league championship.

Despite competing in unfa­miliar territory, coach Randall Fannin said he quickly became confident that his team could perform at a high level.

“We didn’t know what to ex­pect when we got out there,” Fannin said. “We got a young group of guys. I had a couple of young sixth graders on the team as well, and didn’t know what we were getting into. We were the only Princeton team out there playing against a bunch of kids from Prosper. When we got out there and kind of tried to fill it out at first and recognize that, ‘Hey, we can compete with these guys.’ Things got rolling our way, and next thing you know, we’re champions.”

For the full story, see the June 10 issue or subscribe online.