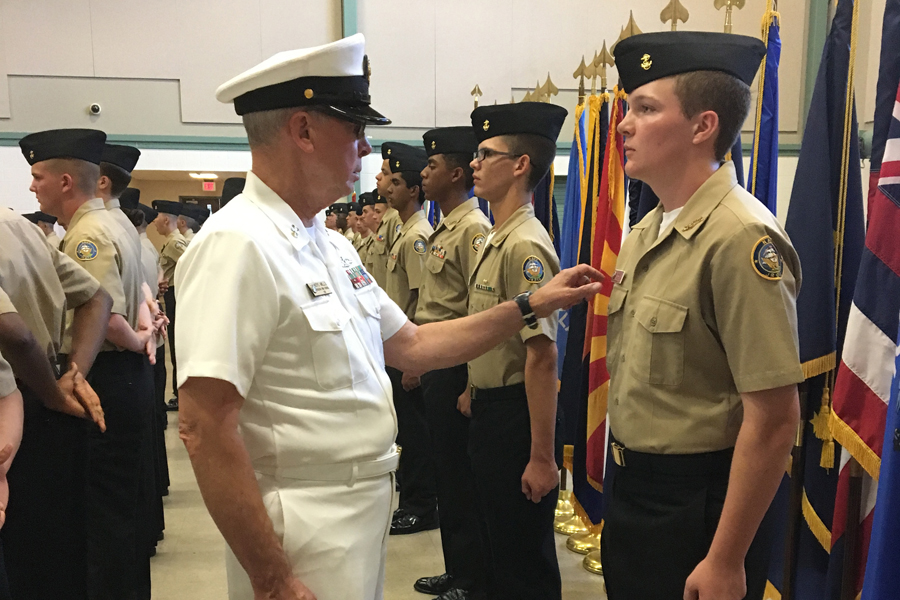 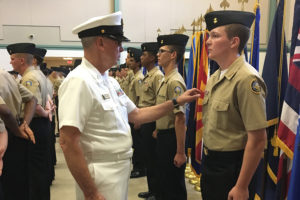 “The new JROTC program at Princeton started out with a huge win, and I am certain that we will continue this winning tradition that Princeton High School has set,” said senior Naval science instructor Lt. Commander James Reed, who comes to PHS as a retired Naval aviator with 26 years of service and 20 years of JROTC teaching experience.

The camp cadets were divided between two companies, “Blue Company” and “Gold Company.” The PHS cadets were placed in different companies, as well as different housing units or berthing facilities as they are identified by the Navy.

According to Lt. Commander Reed, all PHS cadets finished with very high scores. Cadet Cook was awarded the honor cadet from Gold Company. along with the academic award.

“This is highly unusual for a new cadet in the program,” Reed said. “It was a shock to all the instructors that Princeton cadets did so well since this is a newly established unit.”

Cadet Rowe was right behind Cook, and Cadet Deeds was very high on the list for Blue Company.

“All did extremely well and will be expected to assist in the leadership of the newly established unit,” Reed said. “Each cadet earned the boot camp ribbon, and these cadets will be eligible to attend leadership camp next summer.”

“Other positions will be assigned as we start up the unit,” Reed said. “The school and community can be very proud of these young men and women. They are truly on the road to success.”

Students interested in joining the ROTC program at PHS need to contact their counselor during registration Aug. 1-3 to get it added to their schedule.