The past lives on 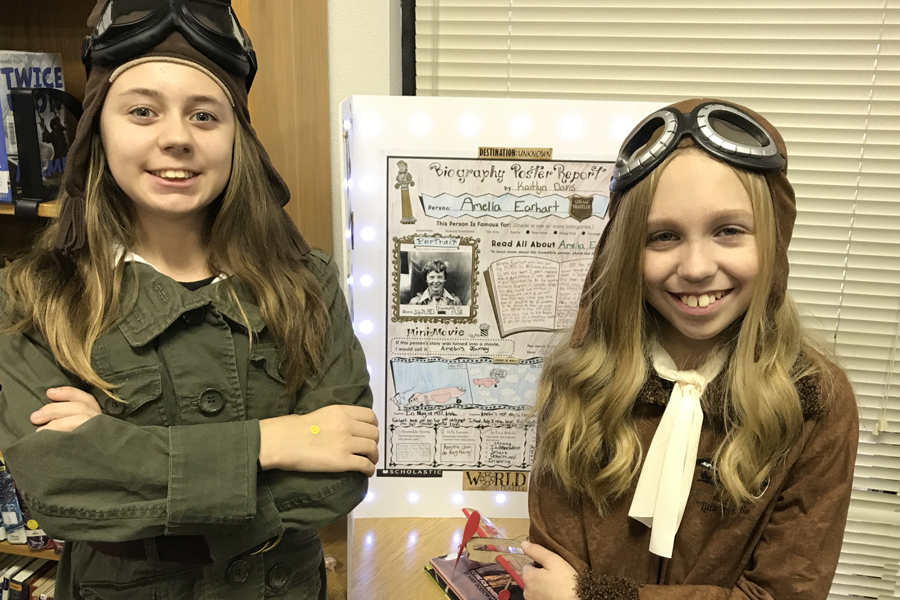 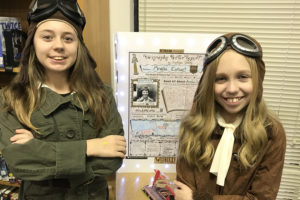 Prior to Christmas break, Huddleston Intermediate School looked a scene straight out of the movie ‘Night at the Museum.’

“For the project, we pick a person from history or a celebrity,” said Kaitlyn Davis, who was dressed in goggles, a bomber jacket and matching aviator pants for her role as Amelia Earhart. “When someone comes to push our button, we come to life and talk about ourselves based on who we are.”

The students must do extensive research to find information for their character. In addition, they create posters and displays to also share about their figure.

They look for famous quotes, photos and any life lessons the person may have prompted. Students must also create a Top 5 list of the words that describe their character.

“This assignment brings learning alive,” said Huddleston Principal Richard Boring. “Students get to dress the part and prepare speeches for their character. They take ownership in their projects, and their hard work is put on display. It takes a lot of work for students to prepare speeches, posters and costumes to help the audience really understand who they are representing.”

Kaitlyn said she chose to portray Earhart because she was a strong woman.

“She was a feminist and always thought women could do more,” she said. “I chose to use her most famous quote that said a lot about her. ‘Women must try to do things as men have tried. When they fail, their failure must be but a challenge to others.’”

The characters were grouped in the different make-shift museum exhibits by genre or topic, including inventors, space travelers, movie stars and royalty, to name a few.

Students browsed to find the characters they wanted to learn more about.

Trinity Odle was listening to the characters amongst the pioneers who paved the way for the future, including astronauts Sally Ride and Neil Armstrong. She was able to hear about their historical treks.

“This assignment prepares our students to speak and talk in front of their peers, parents and teachers,” Boring said. “This might be the first time that these students are exposed to this, and it is a good skill to learn.”

Trinity Odle went down the line pushing the buttons of Makena Crawford, who was Sally Ride, Zachary Howard, who was Neil Armstrong and Ryan Wolf, who was Bill Gates.