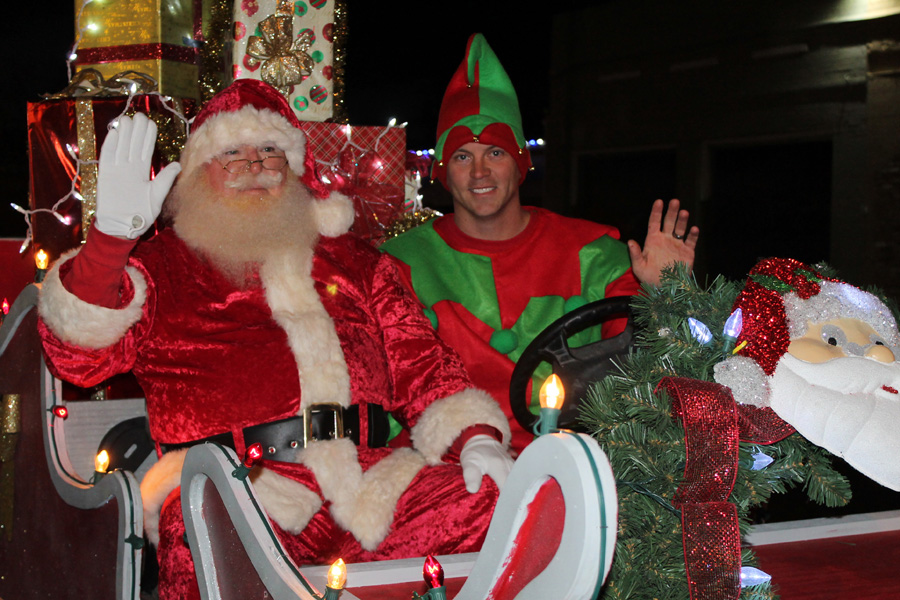 Glistening lights, ice skating and the spirit of the holiday season will be filling Princeton’s downtown area Saturday, Dec. 8 at the first-ever Christmas parade takes place.

Myriad events, both by the city of Princeton and the Princeton Chamber of Commerce, are scheduled.

Starting at 5 p.m., free ice skating is being provided by the city near the downtown Veterans Memorial Park. According to Community Relations Coordinator Stephanie O’Brien, a 30- by 40-foot ice rink will be placed and ice skates will be provided at no charge.

Feed the Community will also begin at 5 p.m. and is being hosted by city of Princeton Public Works. Citizens will get a free meal including hotdogs, chips and drinks served by public works employees. The meal is while supplies last so citizens are encouraged to get there early. Also, citizens are being asked to donate one new, unwrapped toy for Toys for Tots.

At 6 p.m., the Christmas parade will traverse around the area utilizing the same route as the Homecoming parade. This year’s theme is ‘Santa Claus is coming to town.’

Those interested in having a parade entry can go to princetontxchamber.com and deadline for entries is Friday, Nov. 30.

Since the parade is at night, participants are encouraged to use lights on their entries and be creative. The parade lineup begins at 4:30 p.m. at the stadium.

After the parade concludes the jazz band and choir will perform at 7 p.m. and at 7:15 p.m. Santa will arrive at the downtown park.

Parents are invited to take photos of their children with Santa.

At 7:30 p.m. the tree lighting ceremony will commence, adding even more to the Christmas spirit as Santa lights the tree.

The Lois Nelson Public Library is also getting into the spirit of Christmas with Elves for Elders, a holiday gift drive benefiting senior citizens in Princeton.

Gift items can be dropped off at the library or at Workout Anytime, located at 200 S. Beauchamp Blvd., through Friday, Dec. 7 and will be delivered to senior citizens at Villa Asuncion, a nursing home in Princeton.

Participants are asked not to give large bags of food or homemade snacks. Though participants can spend as much or as little as they desire, most people spend between $25 to $30.

Anyone who has questions can call Library Director Cathy Dunkel at 972-736-3742 or email [email protected].