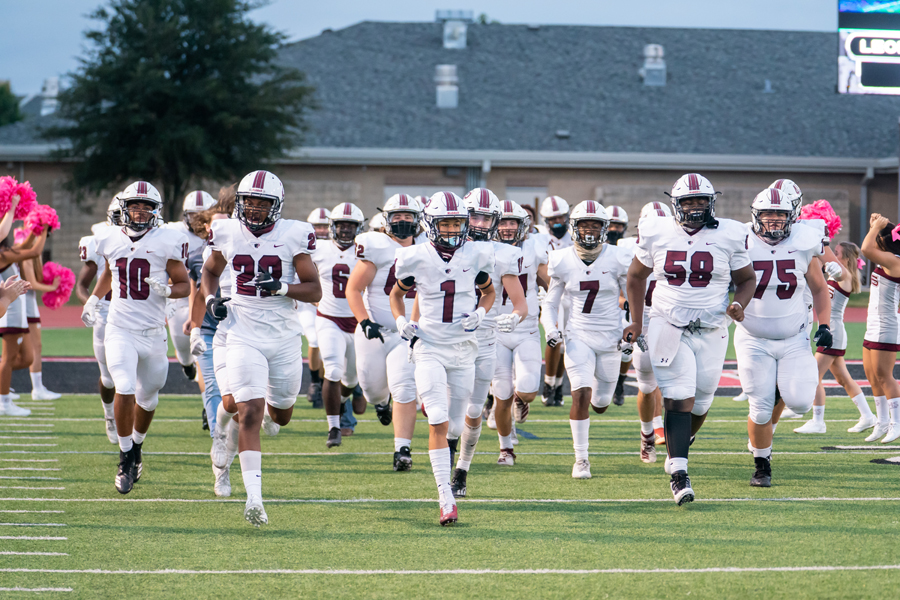 Three keys to the game: Princeton football versus Rock Hill

After a crushing loss in their district opener, the Princeton football team hopes to regroup for their Homecoming football contest, as they host Prosper Rock Hill in a district competition Friday, Oct. 16. Here are three keys to a Princeton victory over the Blue Hawks:

Over their last two games, Gavin Champ has been a beast for the Princeton passing attack, hauling in an average of 140 receiving yards while no other receiver has topped 26 yards through the air. With their passing game being such a huge part of their offensive identity, the other receivers for the Panthers, including Devin Peoples, Josiah Crockett and Juan Rodriguez, will need to provide a second option for whoever suits up at quarterback for Princeton.

Offensively, Lovejoy ran all over Princeton, rushing for over 230 yards in the game along with having two 100-yard rushers in Noah Naidoo and Matthew Mainord. This week, Princeton will have to make a concerted effort to attack their backfield and force them to throw the ball if they want to give their offense time to score.

Last week, Princeton was on the wrong end of the turnover battle, as quarterback Blake Lindsay threw two interceptions in his first start. Along with not being to force a turnover, the Panthers will need to do a better job in their game against Rock Hill in keeping their offense on the field.,

For live scoring breakdowns and updates from Princeton versus Rock Hill, follow the Princeton Herald on twitter, @princetonherald.

For the full story, see Oct. 15 issue or subscribe online.