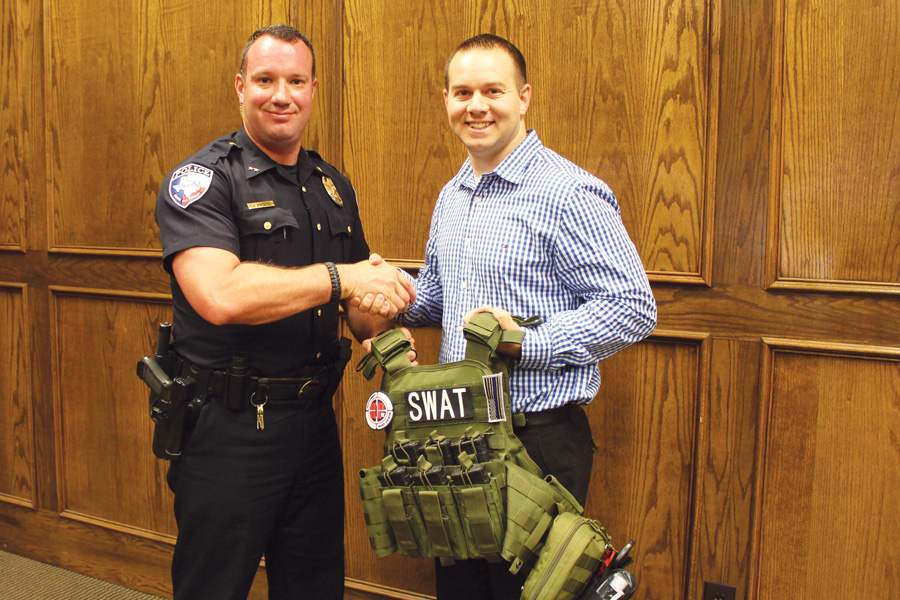 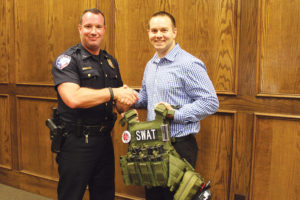 One year ago, July 7, 2016, Dallas Police officers were the direct target of a deadly attack resulting in the largest loss of officer life since 9/11.

The attack occurred at a peaceful protest rally in downtown Dallas over two shootings that occurred earlier in the week where officers fatally shot black civilians in Louisiana and Minnesota.

Losing five officers that night, as well as many others who suffered injuries, has changed lives of law enforcement personnel and agencies across the country.

For Princeton, one change that occurred within the police department was that each officer was issued a heavy ballistic vest rated to withstand rifle rounds.

These vests can be worn over the standard ballistic vests officers wear for added protection in a situation where an ambush may be likely or in an active shooting situation, according to Police Chief James Waters.

These vests were provided for the department by Collin County Adopt-A-Cop, an organization that accepts donations from residents wishing to provide financial support to police officers.

Though the initial phase was the vests only, according to Waters, the second phase of providing ballistic helmets and side plates for each officer has been completed. The third phase which is now underway will be to provide additional attachments for the officers.

Another implementation across the country for law enforcement was additional training emphasizing the need to pay attention to surroundings and lessening vulneribilities.

According to Waters, the department is also focusing on training with other law enforcement agencies that may be called in to assist with active threat situations.

“July 7, 2016 was one of the darkest days for law enforcement and changed many things about how we react to calls and our jobs,” he said.

After the Dallas PD ambush, departments throughout the country saw an uptick in officer ambushes including three officers killed in Baton Rouge, La. and two officers in Des Moines, Iowa.

“We are one big family so when we see other departments mourning the loss of an officer, we mourn with them,” Waters said.

Planned attacks on police killed 21 officers in 2016, according to the report, an increase from 8 officers ambushed in 2015.

Another aspect stemming from the July 7, 2016 attack, especially around the DFW area, is new forms of support and outreach toward law enforcement officers.

Blue line flags, We Support You Stickers and Back the Blue bracelets appeared en masse after the attack.

A weekend of honor in Dallas has been planned by Dallas Police Associations and support organizations.

Activities will kick off on Friday, July 7 with a public memorial ceremony called “Tribute 7/7” to honor the lives of the four Dallas police officers and one DART police officer who were killed during the shooting. It will take place at 6:30 p.m. on the plaza in front of Dallas City Hall. All attendees are asked to register in advance for the event for security reasons at www.tribute77.org.

The “Value of a Life Festival” will be held Saturday, July 8 and will start with a 5K “Run for the Blue” at Trinity Gardens. At 10 a.m., a motorcycle ride will make its way down to the Southwest Center Mall.

At the same time, community members and law enforcement officers will attempt to set a Guinness World Record for the longest chain of people making a heart shape with their hands, which will also take place at the Southwest Center Mall.

The weekend will conclude Sunday, July 9 with a Lifetime Achievement Reception at Fair Park.