Cause of accident under investigation for possible DWI 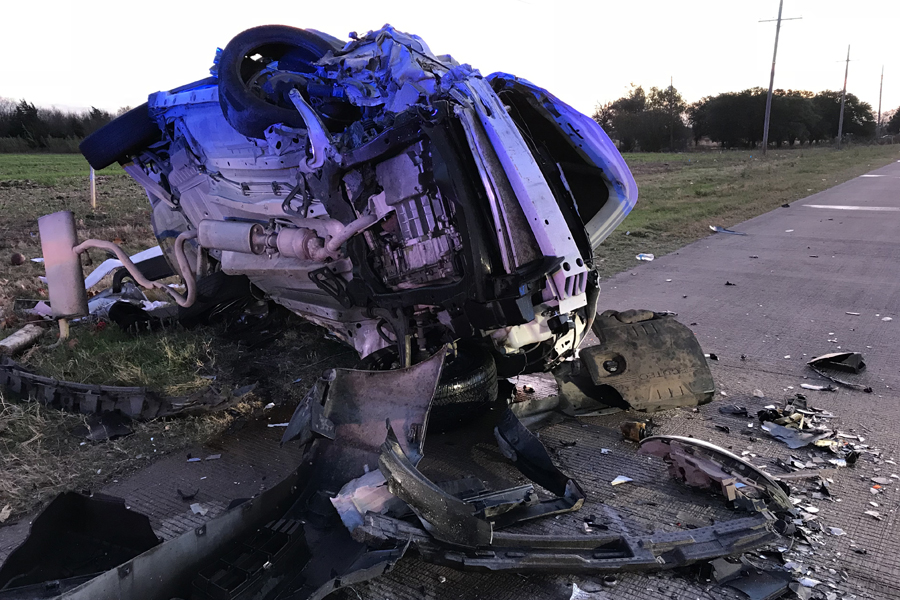 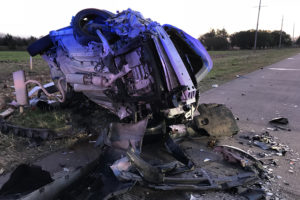 A four car accident shut down Hwy. 380 in the early morning hours of Saturday, Nov. 18 between Monte Carlo Blvd. and Second Street. The head on collision resulted in five people being injured and transported to the hospital. (Michael O’Keefe/First Response Photography)

Police are investigating a serious wreck that occurred on Hwy. 380 in the early morning hours of Saturday, Nov. 18.

The head-on collision resulted in five people being transported for injuries and shut down the highway for several hours from Monte Carlo Blvd. to Second Street.

According to information released by the police department, Rian Nelson, 22, was traveling eastbound on Hwy. 380 in a 2011 Chevrolet Malibu.

For a yet undetermined reason, she began to drive in the center turn lane and collided with a Buick sedan that was utilizing the lane to merge into the traffic on westbound Hwy. 380. Roberto Herrera, 52, was the driver of the Buick.

Nelson, police said, attempted to avoid the vehicle but was not able to correct in time and struck the Buick head-on. She is under investigation on suspicion of driving while intoxicated.

Two other vehicles were involved as a result of the crash including a Kia Spectra, driven by Brenda Chandler, 57, and passenger, Brian George, 40. George was transported to Medical Center of Plano as a precaution for medical issues.

Joshua Sherrod, 36, was driving a Chevrolet Silverado and was involved in the crash when the other cars impacted each other.

Sherrod, Chandler and Herrera were all transported to Medical Center of McKinney with minor injuries.

Nelson was transported to Baylor of McKinney for minor injuries.

Police are awaiting toxicology results before filing any charges.