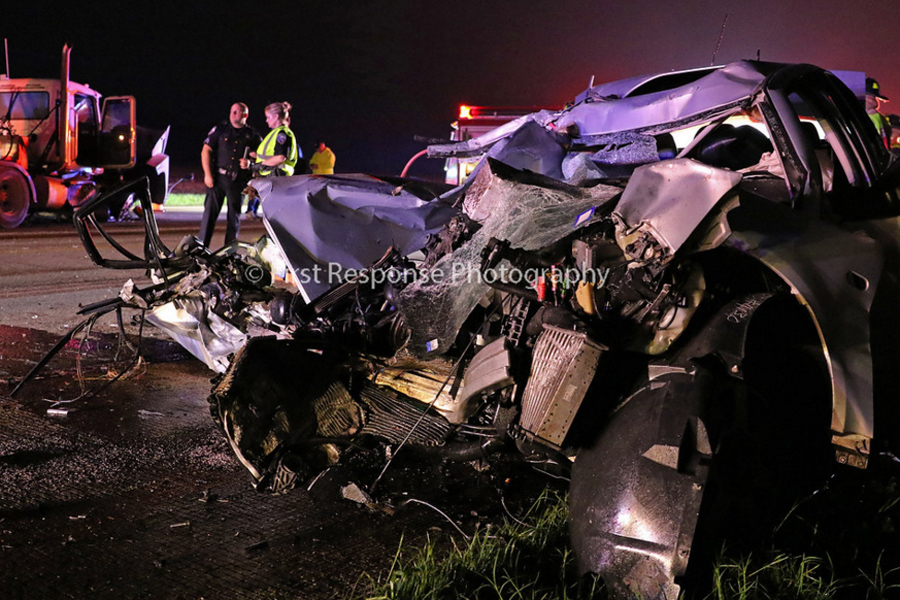 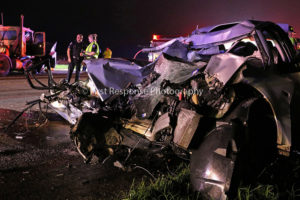 All hands were on deck Wednesday, March 28 after a head-on collision occurred on Hwy. 380 near the Princeton Lakes subdivision.

The crash occurred shortly after 10 p.m. between an 18-wheeler and a Volkswagen Passat.

According to information released by the Princeton Police Department, Tonya Denise Curtis, 41, of Enid, Okla. was driving a 2000 silver Volkswagen Passat westbound in the eastbound lanes of Hwy. 380.

James Henry Howard, 64, of Celeste, was driving a 2015 white Mack 18-wheeler for Capston Transport in the eastbound lanes of Hwy. 380.

According to the police report, Howard witnessed several vehicles dodging a vehicle that was driving the wrong way. He attempted to break and move out of the way, however, he was unable to and the two vehicles struck head-on.

Witnesses stated that multiple vehicles attempted to warn Curtis by flashing their lights and several vehicles had to swerve into the center median to avoid colliding with the Passat.

After the collision, Curtis was transported by ground ambulance to Medical City of McKinney. Due to weather conditions, air medical helicopters were unable to fly at the time of the wreck.

She was unconscious and breathing with severe head trauma and broken bones after the collision.

Curtis was later transported to Medical City of Plano. As of presstime, she remains in critical condition.

Howard was uninjured in the crash and refused medical treatment, the report states.

Both vehicles were totaled out as a result of the crash.

The roadway was partially blocked for approximately four hours. The investigation into circumstances regarding the crash is still ongoing.