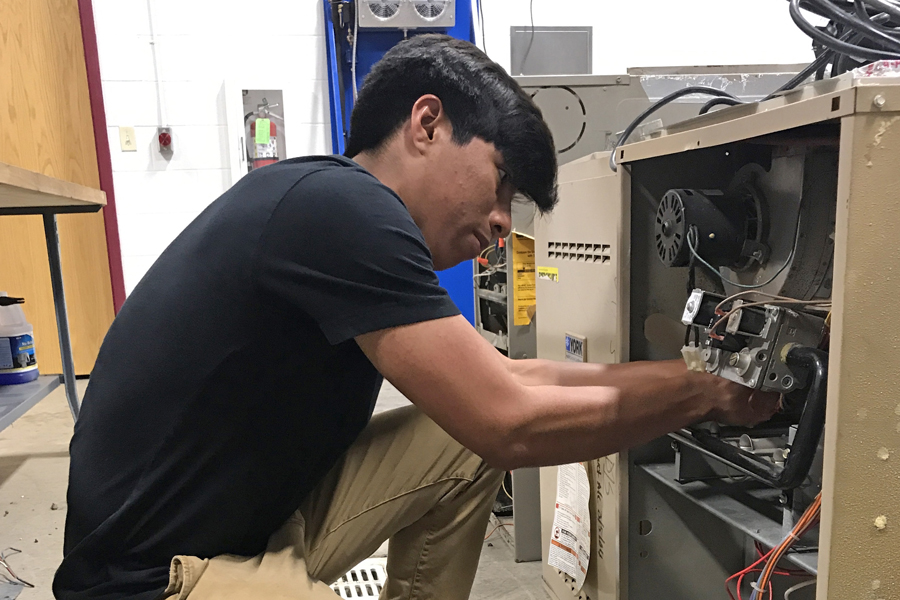 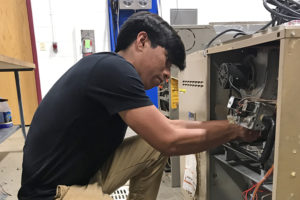 Jose Rodriguez will be competing with SkillsUSA at Nationals. (Courtesy photo)

Two CATE students are headed to Louisville, Ky., at the end of the month to showcase the skills they’ve learned through the cosmetology and HVAC programs.

Logan Simmons and Jose Rodriguez were both state champions in their respective contests for Skills USA. Now they are preparing to compete at nationals June 24-30.

“After a written test and oral interview, we use a mannequin to demonstrate our ability to do a longer men’s haircut and a shorter cut, and we finish up with a men’s flattop,” said Logan, who knew what to expect in the barbering contest because she competed in it last year.

“I’ve always been more drawn to barbering in cosmetology than other areas,” she said. “It’s more interesting to me, and I understand it better.”

Logan has gained her skills in barbering by doing just that, practicing haircut after haircut.

“I probably practice flattops more because they are the most difficult,” she said.

Logan has known she wanted to pursue this field since shortly after she entered the cosmetology program. She said one of the biggest benefits is that she’s going to be certified to work as a cosmetologist, but PHS provided the opportunity at a much lower price than cosmetology school.

“If someone is truly serious about cosmetology as a career option, they should consider signing up for the CATE program,” she said. “They don’t need to come in here thinking they are just going to do stuff on themselves or that it’s a makeup class, because they will be in for a surprise. This is a serious class, and they need to take it seriously.”

Jose, who has been part of the heating, ventilation and air conditioning program at the Bodwell CATE Center for the last two years, said his contest is very practical.

“Competing at Skills USA in the HVAC contest is very hands-on,” he said. “There is a lot of diagnostics and trouble-shooting. Overall, we apply the skilled we learned in class on scenarios we would face on the job.”

He has been preparing for the upcoming contest by practicing on mock tests.

Although Jose plans to attend Collin College in the fall to focus on political science, he wants to keep his HVAC skills sharp.

“After I study for a year at Collin, I can decide if college is the route I want to take,” Jose said. “If I decide to pursue something different, I could immediately begin working in the HVAC field.”

According to Jose, CATE programs provide a great option.

“With there being such a push in society to go to college, the trades are being neglected,” he said. “The trades pay well and offer great opportunities. They are really competing for younger kids just entering the workforce.”

Jose, who has earned a scholarship through his HVAC enrollment, said he would encourage students to consider a CATE program.

“The highlight of my experience has been the environment of the CATE Center,” he said. “It is a little different than the traditional classroom. We get work done by actually doing it. We learn as we go and constantly apply what we know by doing it.”