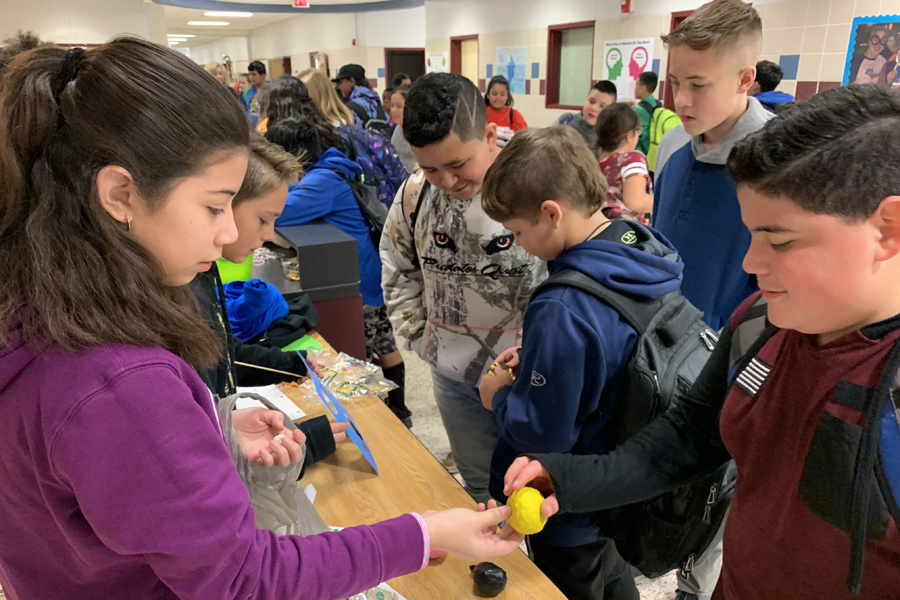 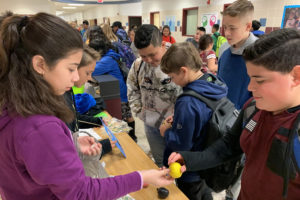 Some organizations get clever when it comes to finding ways to fund their charity. The pre-AP Huddleston math classes opened a store to raise money to adopt angels.

Mark Cuban might be missing from this scenario, but everything else is in place for a full-blown Shark Tank experience.

“For math, our pre-AP classes are participating in an entrepreneurial style project called the Panther Pit, or think Shark Tank,” said Huddleston math teacher Meghan Pappas. “Students were required to design and create a product using less than $10 for all of their items.”

Students will be selling their creations all week between classes during passing period. The mini entrepreneurs want to raise nearly $1,000.

“Our goal this year is to adopt 16 angels from the Angel Tree program here in Princeton,” Pappas said. “To spend $60 on each angel, we need a total of $960.”

According to Pappas, the 6th-graders last year raised more than $750 for Angel Tree and adopted 12 children.

The sales area was swamped with shoppers during the five minutes the students had between classes. Each of the four classes had their designated sales time each day, so the shoppers had a variety of creations to choose from.

The students were tasked with developing a unique item that could be created for little money, so they took to the Internet, and DIY websites became their resource.

“I decided to make squishy stress balls,” said Celia Huitron. “I got the idea on a do-in-yourself website, and I made them out of balloons and rice.”

“They were easy to make,” Favour said. “I was able to melt the crayons by using a hot glue gun.”

Principal Rich Boring will judge the items to choose a few of the top creations, and the students will be treated to some free selections in this week’s book fair going on at Huddleston.

“Mr. Boring is going to help us out by voting on the best projects,” Pappas said. “It will be hard to narrow down because the students did such a good job on this project to come up with great ideas.”