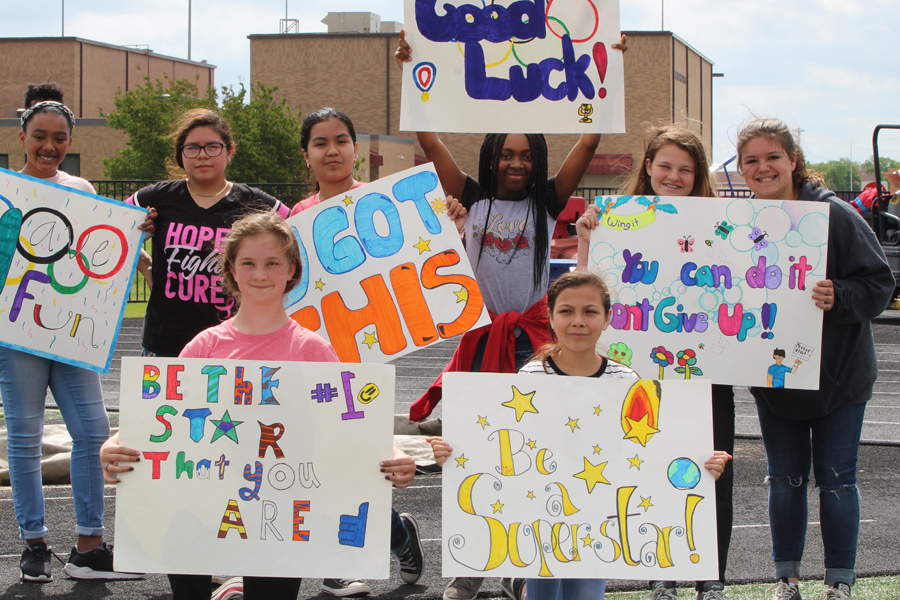 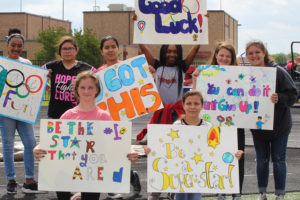 In typical Olympic fashion, the recent Special Olympics track and field meet in Princeton kicked off with the athletes wearing their team colors and marching around the track behind spectacular pageantry provided by the PHS color guard and drumline.

According to Special Olympics coach and Life Skills teacher at Huddleston, Stacy Davis, Princeton has talked about coordinating a meet for years, but decided it was time to make it happen.

“We are hoping this is the first of several years to come,” Davis said. “We were excited to have the support we received from our administration to host such an event. This shows our support for our Special Olympics athletes in our local, quickly expanding community.”

In its inaugural year, Princeton hosted teams from 11 schools, including Bland, Community, Denison, Lovejoy, Melissa, Paris, Sherman, Terrell and Wolfe City. In all, there were more than 100 athletes and nearly 100 coaches in attendance.

Davis said the athletes were thrilled to be on their home turf.

“They were excited to compete at home where their parents were able to come support them,” she said. “And they got to compete with many peers from nearby schools. They were also excited to have the band and local peers come out to cheer them on.”

These cheerleader/volunteers included students from across the district. Huddleston’s I Care Club and FCA were on hand. Clark sent its Student Council and National Jr. Honor Society members, while PHS supplied volunteers from PALs, track, career prep and softball. The A/V students made the event come to life on the scoreboard through their videos, while the band’s drumline, color guard and trumpet corps led the processional and played the National Anthem.

Local dignitaries Mayor John Mark Caldwell and Lisa Caldwell, who serves on the school board, were there to welcome athletes and help lead in the pledge and Special Olympics oath.

“I had a coach who once told me that champions are those who never quit,” Mayor Caldwell said. “So everyone here are champions.”

Lisa added, “Special Olympics shows it doesn’t matter who crosses the finish line first or jumps higher or runs faster. What matters is what’s in your heart, so you are all winners today.”

It was all hands on deck as volunteers were needed to run each track and field event. Field events included softball throw, tennis ball throw, long jump, shot put and javelin throw. Track events included walks and runs in various distances from 10 meters to 400 meters.

The track events also included wheelchair compatible options, as well as races that included athletes who needed assistance. Typically the most exciting event, the 4×100 relay, capped the day’s activities.

“We were there to make sure things ran smoothly,” said volunteer Clayton Blackmon, a PHS junior track athlete who helped with the javelin throw. “We had to mark and measure each throw so we could determine the medalists.”

Clayton was also the man behind the mask as he suited up as the Panther mascot to entertain the Special Olympians throughout the day.

“I really enjoyed making the participating students happy by being there,” Clayton said.

“We were there to cheer and help distribute medals,” Kennedy said. “But the best thing was being involved to help them have fun. It was really fun to see them compete. They almost always need assistance, so seeing them in this environment getting so excited to do things on their own was inspiring.”

END_OF_DOCUMENT_TOKEN_TO_BE_REPLACED 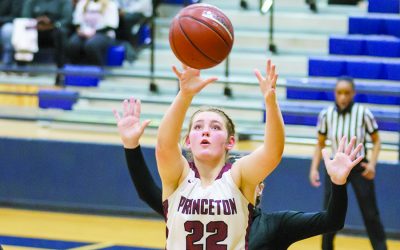