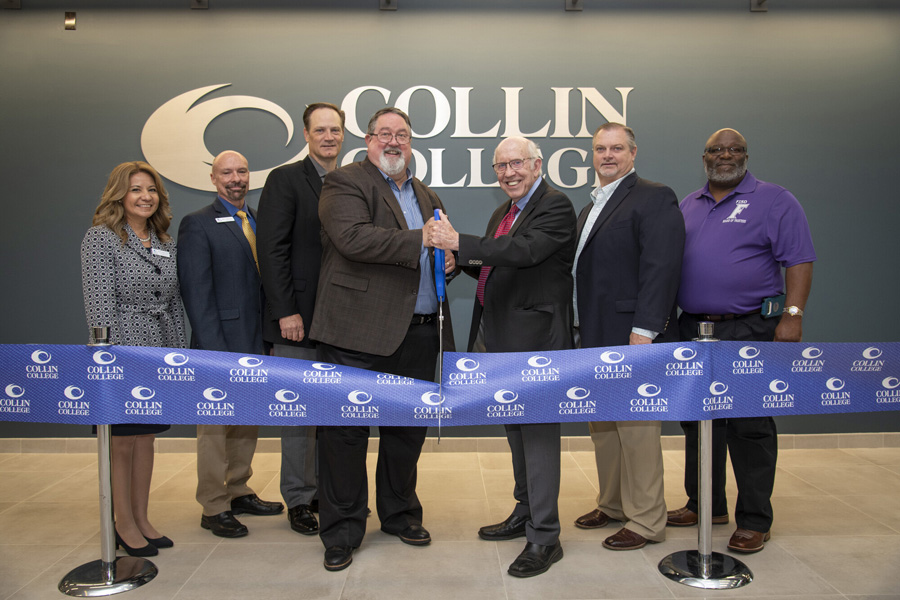 Collin College officially opened the new Farmersville campus with a ribbon-cutting ceremony and open house on Saturday, May 22.

Staff and local dignitaries were on hand to cut the ribbon ushering in Farmerville’s long-awaited college campus.

Bob Collins, founding mem­ber and chair of the board of trustees, expressed his appreci­ation to the community and the college in strengthening their ties in the community.

“I am glad that we have been able to build this campus in a way that it can grow and evolve along with Farmersville and eastern Collin County,” said Collins. “I am confident it will be part of the economic engine driving the growth this area is experiencing.”

Wiebold remembered when the site was first selected and a future Collin College campus sign was erected marking the land purchase. He said he un­derstood years ago what a col­lege campus would mean to the community.

“Collin College’s presence in our growing, developing city, elevates our hope and fortifies our belief that Farmersville is, indeed, a Texas treasure,” he said, “and makes us consider the potential and possibilities of what the future might hold.”

For the full story, see the June 3 issue or subscribe online.