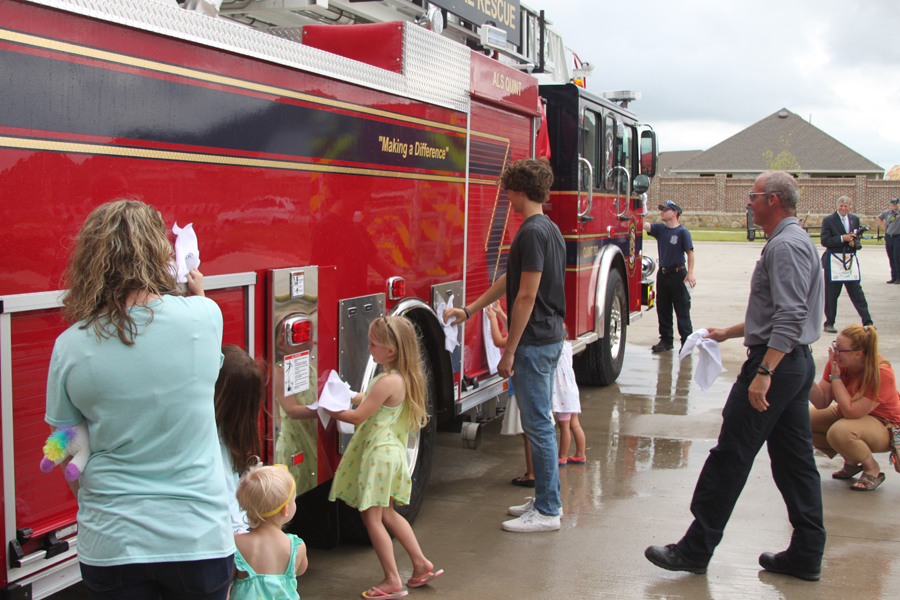 Princeton Fire-Rescue hosted a grand opening for Fire Station No. 3 and a push-in ceremony for the new quint apparatus that will be housed at the station.

Prior to the push-in, a “wetdown” ceremony was held. A wetdown is used to commission a new firefighting apparatus. Water from the PF-R fire engine was sprayed on the quint and residents, city officials and firefighters dried the vehicle with commemorative towels.

Following the wetdown, firefighters pushed the quint into the station’s bay.

Both traditions date back to the late 1800s when many fire departments used horses to pull a fire apparatus when they were called out. After fighting the fire, the crew would wash the apparatus and push it back into the bay to await the next call.

“This new station, its apparatus and the firefighters who will work here represent the quality and professionalism that we are building this department on,” Chief Tom Harvey said in a written statement. “We, as a department, are very proud to serve this community and we are working and training hard to assure our workforce represents the finest group of men and women to be found within the region and state, who are dedicated to this purpose.”

For more details, see the July 15 edition of The Princeton Herald.